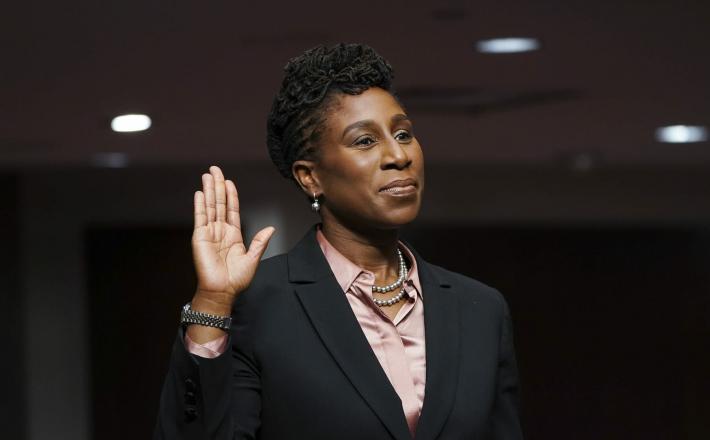 The president is on track to shatter previous records as he aims to nominate a Black woman to the Supreme Court.

President Joe Biden has nominated or announced his intent to nominate a higher percentage of women to federal judgeships over the first six months of his presidency than any of his predecessors did during their terms, putting him on track to shatter previous records.

As of the beginning of July, Biden had nominated or announced his intent to nominate 30 jurists to the federal bench. Twenty-three — about 77 percent — of those nominees are women, and 17 — about 57 percent — are women of color, according to an analysis done by Demand Justice.

During Donald Trump’s one-term presidency, 234 of his federal judicial picks were confirmed and 56 of them, or about 24 percent, were women. Though he nominated a slightly higher percentage of women jurists than his Republican predecessors, Trump’s picks still skewed White and male when compared with those of Democratic presidents, according to the Pew Research Center.