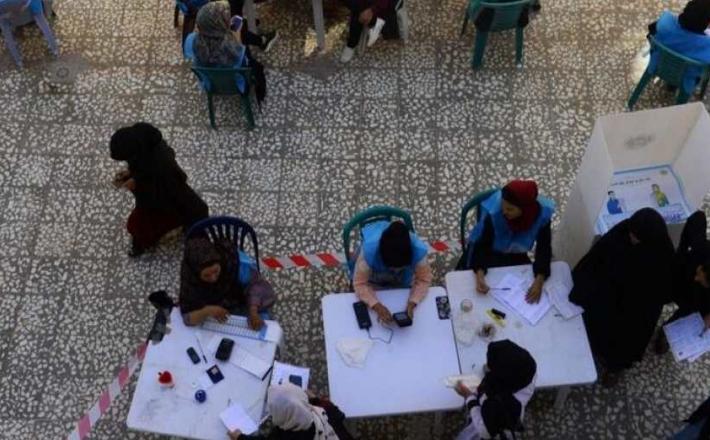 September elections in Afghanistan were expected to produce the country’s democratic transfer of power and a moral sign of social progress, however, it saw a record low turnout.

With a handful of women running for provincial seats, Afghanistan remains a hostile place for women with the Taliban controlling some parts of the country.

Thousands of Afghan women fled from their country to escape war and violence and discrimination and they landed up in India where New Delhi is a safe haven for more than 20000 registered Afghan refugee. Many of them wish to return to Afghanistan, but their hope is gloomy and uncertain.

Kamla Hirwi is one such refugee living with her husband and two children in New Delhi. She worked as a school teacher in Kabul but now she stays at home taking care of her children. Sitting in her living room, she watches Ashraf Ghani's political advertisement appealing for votes on TV. She is not happy with any of the leaders as they have mostly supported Taliban circuitously.

Kamla says she is both hopeful and confused thinking about elections in Afghanistan. “We have seen the nastiest back home in Kabul where women are treated as a second class citizen of the country. Our communication and movements were restricted and we are almost confined in our own house. Many of us had to leave our jobs as we were not allowed to go out without a chaperone. Women are still routinely discriminated against, abused and persecuted in the country,” Kamla says as she remembers her early days in Afghanistan.

Kamala’s husband Hirwi has been working relentlessly for the last 6 years to bring together the Afghan men and women refugees who have come out of the conflict in Afghanistan. In one of these events of Afghan refugees, we met Zakia Ahmedi who is seeking asylum in India for the last two years. She explains that when the insurgents seized Kabul in 1996, they barred women from schools and work, forced them to wear the all-enveloping burqa when they left home, and even policed their shoes and makeup.

Click here to read the full article published by Wio News on 28 Septemmber 2019.