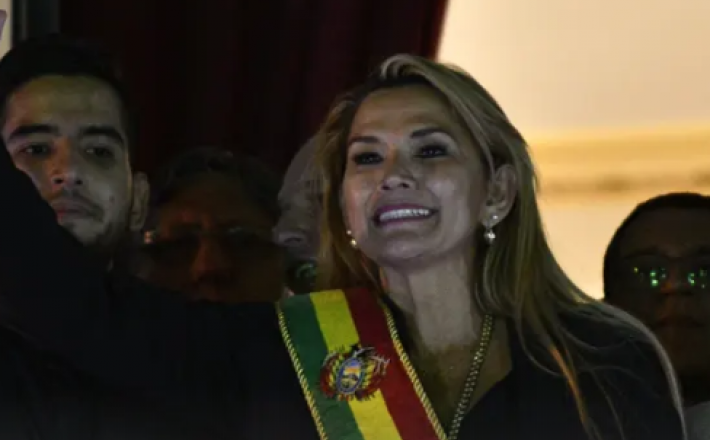 The Bolivian senator Jeanine Añez has declared herself the country’s interim president after the resignation of Evo Morales, even though lawmakers from his party boycotted the legislative session where she assumed office.

Añez, 52, took temporary control of the Senate late on Tuesday. “I will take the measures necessary to pacify the country,” she said, swearing on a bible to loud cheers and applause. The move is expected to pave the way for fresh elections.

Morales’s Movement Towards Socialism called the session illegal and its legislators refused to take part. Nearby hundreds of Morales supporters marched against Añez assuming the role. “She’s declared herself president without having a quorum in the parliament,” Julio Chipana told the Guardian. “She doesn’t represent us.”

Morales, who resigned under pressure from police and the army after a fiercely disputed election, has flown into exile in Mexico, leaving a confused power vacuum behind in Bolivia. Speaking at a hastily organised press conference on the tarmac, the former president thanked Mexico for “saving my life” and repeated his accusation that his rivals had forced him out in a coup.

Click here to read the full article published by The Guardian on 12 November 2019.