Bolivia mayor has hair forcibly cut by crowd of protesters

Bolivia mayor has hair forcibly cut by crowd of protesters 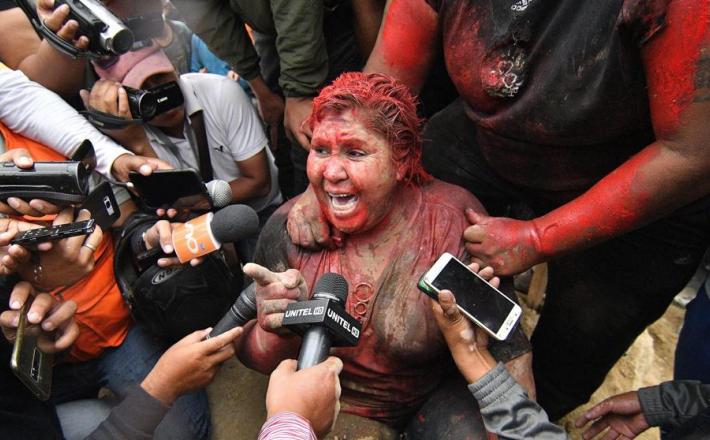 The mayor of a small town in Bolivia has been attacked by opposition protesters who dragged her through the streets barefoot, covered her in red paint and forcibly cut her hair.

Patricia Arce of the governing Mas party was handed over to police in Vinto after several hours.

It is the latest in a series of violent clashes between government supporters and opponents in the wake of controversial presidential elections.

At least three people have died so far.

Click here to read the full article published by BBC on 7 November 2019.