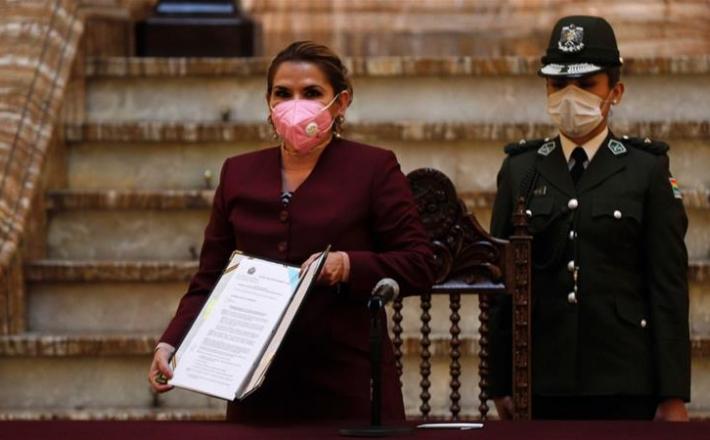 Bolivia's interim President Jeanine Anez has said she will not run in the country's election next month, in an attempt to unify votes against the MAS party of former leader Evo Morales.

Anez, a former conservative senator, took office in the power vacuum that followed Morales's departure last year after allegations of irregularities in an October 2019 election that sparked violent protests and army pressure forced Bolivia's first Indigenous president to go into exile in Mexico.

"Today I put aside my candidacy for the presidency of Bolivia, for the sake of democracy," Anez said on Thursday, citing "the risk that the vote is divided among several candidates and that as a result of that division, the MAS would end up winning.

Click here to read the full article published by Aljazeera on 18 September 2020.