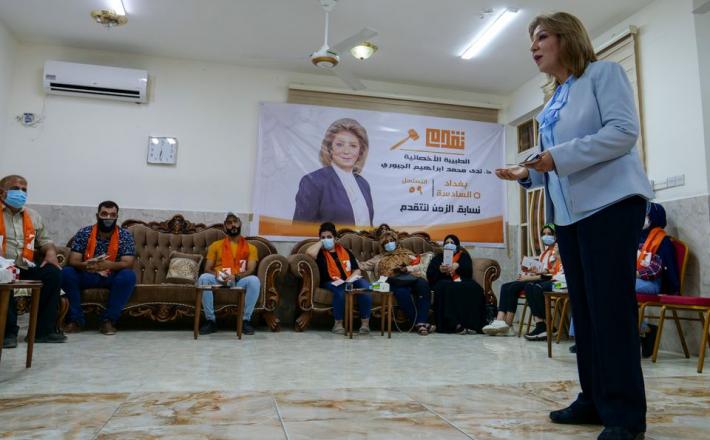 BAGHDAD, Sept 16 (Reuters) - A powerful mix of insecurity and traditional prejudice against more liberal female politicians put Awatef Rasheed off running for parliament when she returned to Iraq in 2014 after years abroad.

Seven years later, with Iraq less unstable, Rasheed has decided to contest a Oct. 10 election for the assembly, even if abuse and intimidation of women would-be lawmakers persist.

Today, she is one of the 951 women, representing close to 30% of the total number of candidates, running for election to the country's 329-seat Council of Representatives.

Passing a new domestic violence law, and more representation for women in the executive branch of government, are among the goals of some of the would-be female lawmakers.

For Iraq's women politicians, elections can be an excruciating experience.

Rasheed scrolled through her smartphone and looked at pictures of one of her campaign banners that had been ripped up, with the tear precisely crossing the image of her face.

Click here to read the full article published by Reuters on 16 September 2021.