Brazil votes on Sunday. And Brazilian women have a better chance at reshaping its politics than ever before

Brazil votes on Sunday. And Brazilian women have a better chance at reshaping its politics than ever before 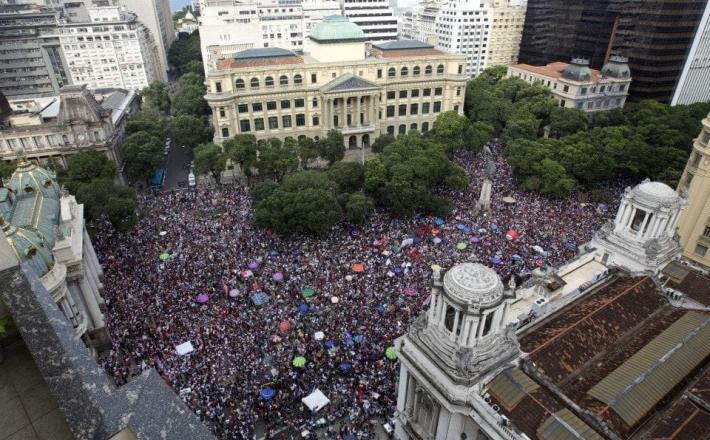 With just one week to go before Brazil’s Oct. 7 presidential elections, up to 10 percent of the country’s male voters remain undecided — and roughly 19 percent of female voters. Many voters and observers, both inside and outside Brazil, are worried about the current front-runner, far-right candidate Jair Bolsonaro, who is expected to win enough votes to compete in the runoff slated for Oct. 28 — and women may be key to preventing his election.

But Brazilian women matter in many more ways than simply as voters in the presidential election. The federal and state legislatures have 1,626 seats up for grabs on Oct. 7 as well — and currently, less than 12 percent of those are held by women. Here’s what’s at stake.