Brazilian politician under fire for showing too much cleavage in Parliament

Brazilian politician under fire for showing too much cleavage in Parliament 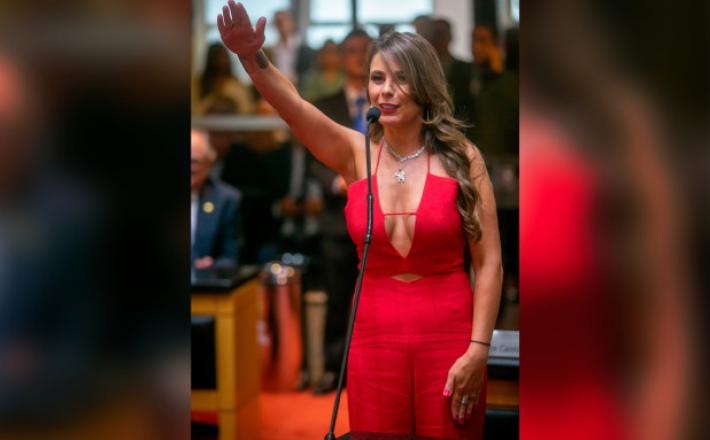 A female lawmaker who attended a swearing-in ceremony in a business suit accentuating her breasts is causing a furor in Brazil — a deeply conflicted country that recently elected an ultra-conservative president but is also known for skimpy swimsuits and exuberant celebrations during Carnival.

The controversy began when Ana Paula da Silva, from the southern state of Santa Catarina, showed up to the Feb. 1 ceremony in a tight, two-piece red pantsuit that showed deep cleavage.

Latin America’s largest nation has long struggled with gender-based violence, and men continue to dominate much of the public sphere, including politics.

“I think that in our country, the participation of women in politics is so minuscule, that when we get there, it ends up provoking this type of fury,” da Silva told the Associated Press, noting that there were only five women in a state assembly of 40.

Da Silva, a mother of two, said she had gone shopping especially for her inauguration and that after trying on many dresses, this was the one she thought represented her best.

“This is my style,” the 43-year-old politician said, defending her choice.