Building skills for youth political participation in Guinea, by NDI

Building skills for youth political participation in Guinea, by NDI 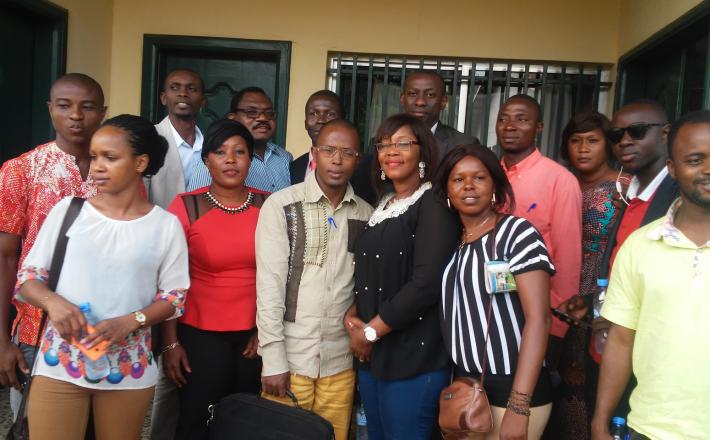 Approximately 60 percent of Guinea’s population is under the age of 24, but young people in the West African nation continue to be underrepresented in politics. Their interests and priorities are largely ignored in policies and electoral strategies. More often than not, youth interested in politics find themselves marginalized and feel disenfranchised—a feeling that is shared by many citizens of all age groups in Guinea. Within political parties themselves, Guinean youth face barriers like ageism, nepotism and ethnocentrism, making it difficult to rise within party ranks, to influence decisions and to represent their parties as candidates in elections. Guinean youth often lack skills and experience around communication strategies in political environments and are not familiar with how to get candidates on electoral lists.

Since 2008, NDI has been working with the multiparty political youth coalition, National Youth Forum (Forum National des Jeunes - FONAJEP) to improve youth representation in political life. In anticipation of local elections, NDI and FONAJEP have identified areas to support youth political party members to develop their capacities as party leaders and as candidates in future elections.

To this end, from March 20 to April 6, 2017, NDI organized a series of trainings about leadership and communication within political parties. The two-day trainings, led by consultant Theophile Folly Amouzou, took place in Guinea’s four geographic regions and the capital, Conakry. During the 14-day tour, 157 citizens under the age of 35, including 60 young women, attended, representing 16 parties in total. Through these trainings, political party youth learned about fundamental ideas of leadership, effective leaders within political parties and leadership development mechanisms for youth caucuses or movements. They also became better informed about fundamental communication concepts and skills, including meeting management and communication strategies in an electoral period.

Click here to read the rest of the article published by NDI on 8 May 2017.