Cameroon urges women to vote next week despite threats

Cameroon urges women to vote next week despite threats 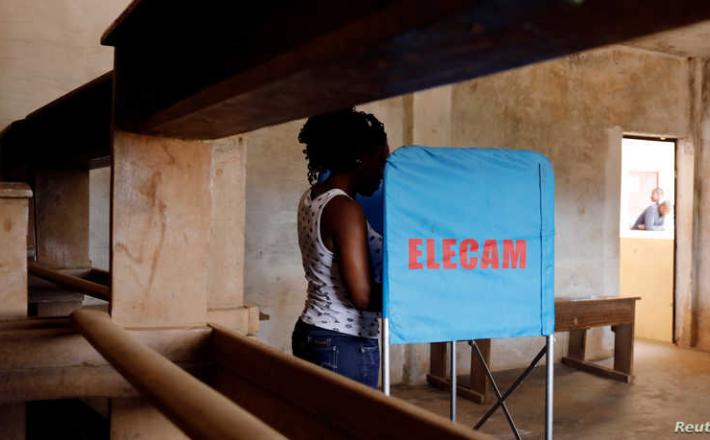 Civic groups, political parties and the government are pleading for the women of Cameroon to vote in next week's local and parliamentary elections, despite threats by separatist groups who have vowed to disrupt the polls.

Female candidates, and women who campaigned on behalf of others fear their efforts may amount to nothing if women do not come out to vote.

Representatives of NGOs and government ministries are joining political parties at rallies in Cameroon's capital in what they call a special campaign for women to perform their civic duties next Sunday.

Female candidate Alvine Yinda says she is impressed with the initiative because the absence of women at polling stations on election day would give men an unfair advantage.

She says female candidates of her Cameroon Peoples Democratic Movement, CPDM, have decided to encourage all women who registered to make sure they come out en masse to vote on Feb. 9, 2020. She says they are working with all contesting political parties to make sure women take part in the decision-making process.

Click here to read the full article published by VOA on 3 February 2020.