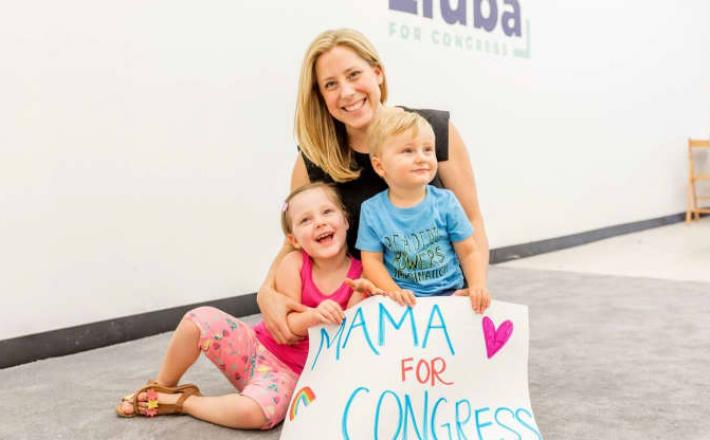 When Liuba Grechen Shirley ran for New York’s 2nd Congressional District in 2018, the Democratic mom of two had no clue about the barriers she would face on the campaign trail.

“There is no playbook for running for office with small children,” Grechen Shirley, who had a 1-year-old and a 3-year-old at the time of her campaign, tells CNBC Make It. “It’s a different experience. Donors don’t take us seriously, voters often don’t take us seriously and neither does the press. When you run with young children, the first question you’re asked always is, ‘Who will watch your kids while you’re campaigning?’”

In the beginning, Grechen Shirley tried to juggle motherhood and campaign responsibilities by taking her children on the campaign trail with her.

“For the first five, six months of the campaign, I was campaigning with a baby strapped to my chest and a toddler by my side,” she says. “And I realized it wasn’t sustainable. But, neither was picking up the cost of child care after having given up my salary to run.” Prior to running for office, Grechen Shirley worked as a consultant in New York.

At the time, Grechen Shirley says she started having conversations with her team about whether or not she could use some of her campaign funds for child care. “I remember everyone said, ‘It’s political suicide. Don’t do it,’” she said. But, with no other option to turn to, Grechen Shirley put in a request to the Federal Election Commission and became the first woman to receive federal approval to use campaign funds for child-care needs in 2018.

Click here to read the full article published by CNBC on 10 June 2021.