Campaign Launched to Choose a Woman to Lead the UN

Campaign Launched to Choose a Woman to Lead the UN 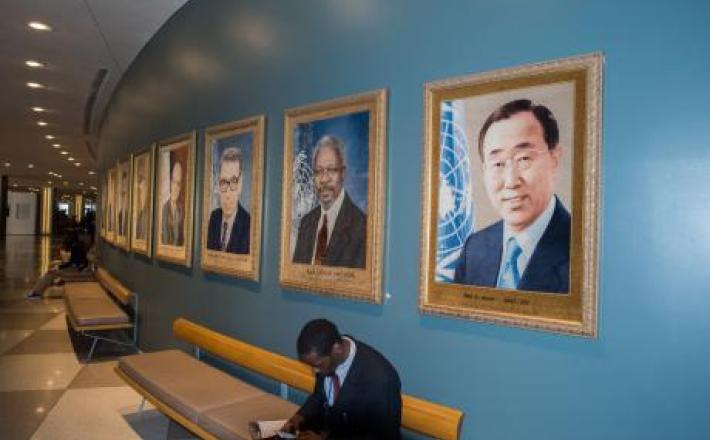 UN leaders and experts have sent an Open Letter to each member of the UN Security Council asking for the selection of a woman and gender equality champion as the next UN Secretary-General.

People who know the UN well have written to the members of the Security Council, urging them to select a woman as the next Secretary-General.  An Open Letter (text below) from the Campaign to Select a Woman for the Next UN Secretary-General has been signed by 45 UN leaders and by experts on the UN. The signatories include individuals who have served the UN as leaders of UN peacekeeping missions, senior executives and directors in the UN’s funds and agencies, envoys and special rapporteurs, and representatives of member states that have served in their national missions to the UN.  Prominent academics and experts on the UN are included too.

The Security Council meets this week for its first informal ‘straw poll’ to clarify the preferences of its members on the current set of 12 candidates. The ‘straw poll’ is a method to avoid early and divisive use of the veto by encouraging some candidates and making it clear whether others stand no chance.  The letter insists that the time is more than ripe for the selection of a woman, given the fact that there has never been one in the UN’s past and that in the current gender-balanced candidate list, there is a rich choice of qualified women. The letter also insists that the selection should prioritize a woman with a track record on gender equality.  The choice of a feminist woman will send a vitally important signal of the UN’s commitment to adapting itself to the challenges of the 21st century.

The full text of the letter, and the list of signatories, is reproduced here. The letter remains open for signature from UN leaders and experts until the last Security Council meeting to evaluate candidates.

Click here to read the full story and the open letter.