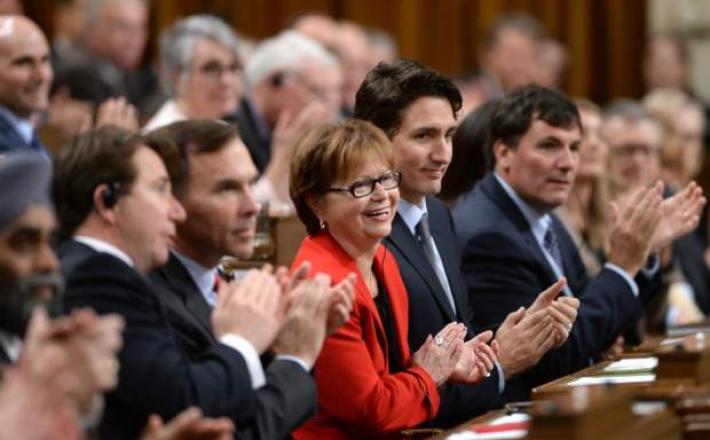 "Most of the time in Ottawa, politicians from different parties can't agree with each other on pretty much anything," said Stewart. "But with women holding only 26% of the seats in our House of Commons, a cross-partisan consensus is emerging to tackle gender inequality by passing Bill C-237."

Bill C-237, the Candidate Gender Equity Act, proposes to create a financial incentive for political parties to run more women during federal elections. A party would face a reduction in its public subsidy if they fail to ensure its candidate list is gender-balanced.

With support from every party, the following MPs and Senators have endorsed Bill C-237:

"While more than enough women come forward to run for office, the real problem is that political parties do not ensure equity in their nominations. My Bill C-237 aims to fix that," continued Stewart. "With backbench support from across party lines, it will now fall to Prime Minister Trudeau to decide whether it takes Canada until 2075 to achieve gender parity."