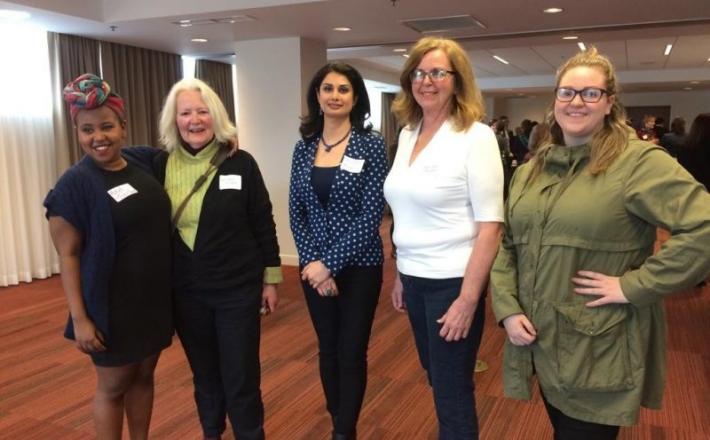 CHARLOTTETOWN, P.E.I. – Organizers of a three-year project hope to increase the number of Island women engaging as elected representatives and organizers.

“Engaging Island Women for Political Action” is a project of the P.E.I. Coalition for Women in Government, Winding Path Inc., and Women’s Network P.E.I.

The groups received funding from Status of Women Canada with a focus of easing pathways for women to secure and advance in various political leadership roles.

Over the course of the project 100 women — 20 from each political party and 20 non-partisan women — will take part in a year-long leadership training program designed to enhance and increase personal leadership capacity and provide opportunities for participants to identify and realize personal goals within the democratic process.

Click here to read the full article published by The Guardian P.E.I. on 10 April 2017.