A candidate’s message for Nigerian politics: Make way for women

A candidate’s message for Nigerian politics: Make way for women 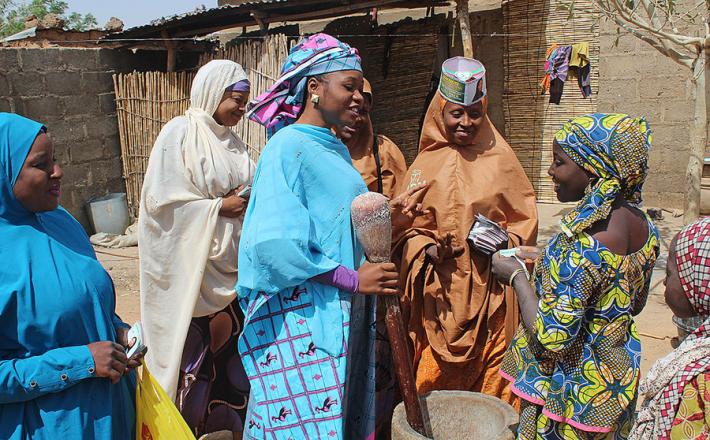 As she made her way along a lumpy dirt road clutching a stack of her own campaign flyers, Zainab Umar considered the odds against her.

In the entire 40-year history of the local House of Assembly here, in the most populous state in Nigeria’s north, a woman has never been elected as a member. In her own crowded race, there are more men named Abdullahi than there are women. Of the 32 candidates, just two are female.

And in many races here, Ms. Umar suspected, the campaigns hardly counted, anyway. In the days before elections, for as long as she could remember, candidates for the two major parties rode into her neighborhood in their clean, expensive cars doling out little bags of salt, thick wedges of soap, and crisp 1000 naira bills ($3).

But as she made her way into a mud-brick compound on the fringes of the city last Friday, she shoved the thought out of her head, plastered a smile on her face, and prepared to explain, for the hundredth time that day, who she was and why she was there.

“To make a difference for people, you first have to get a seat at the table,” says Umar, tucking a stray wisp of hair into her pink and blue head wrap. “And getting elected is how you get a seat at that table.”

In Nigeria, which is barreling toward a Feb. 16 general election and March 2 local elections, women hold only a tiny sliver – less than 7 percent – of political offices. That places it in the bottom 5 percent of countries globally.

Click here to read the full article published by CS Monitor on 13 February 2019.