Christine Jahnke, speech coach who elevated the voices of women in politics, dies at 57

Christine Jahnke, speech coach who elevated the voices of women in politics, dies at 57 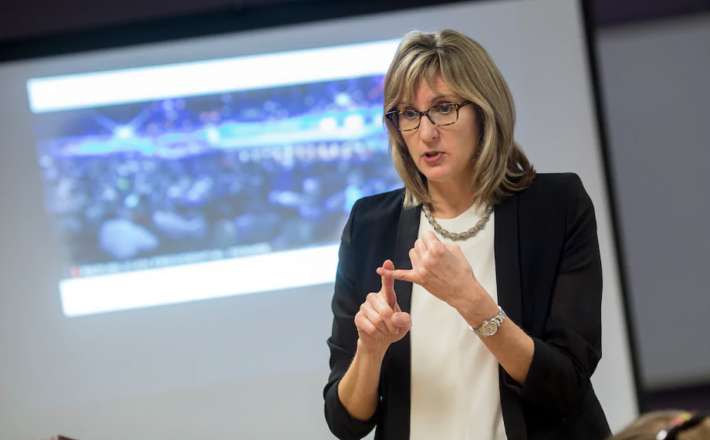 Christine K. Jahnke, a speech coach who helped hundreds of female candidates seek and win elective office over the past three decades by bolstering their confidence and honing their messages, died Aug. 4 at her home in Washington. She was 57.

The cause was colon cancer, said her husband, Paul Hagen.

Ms. Jahnke (pronounced yawn-key) was a sought-after figure in Democratic politics — a coach and consultant brought in by the party, campaigns and interest groups to train candidates and activists to speak amid the hurly-burly of the political arena and in the sound bites often extracted for use in the news media.

Among her clients was Michelle Obama, whom Ms. Jahnke coached early in her tenure as first lady in the use of a teleprompter. Ms. Jahnke consulted on Hillary Clinton’s 2008 presidential run and helped prepare speakers at five Democratic presidential conventions, the Million Mom March for gun control in 2000 and the Women’s March in Washington after President Trump’s inauguration in 2017.