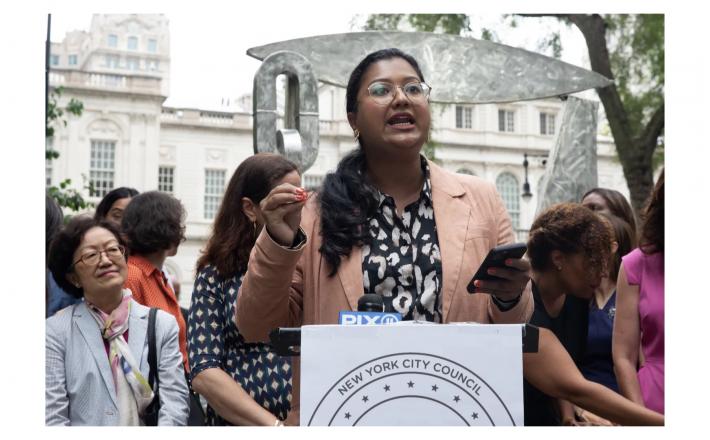 New York City’s legislative branch will be packed with newcomers in 2022 and will have its first female majority. Meanwhile, the GOP gained at least one more Council seat.

As voters chose moderate Democrat Eric Adams as mayor, the City Council replenished its ranks of progressives in an election that turned over most of its seats on Tuesday, while potentially adding some Republican newcomers. Three races were too close to call as of early Wednesday morning — including a re-election bid by Brooklyn Democrat Justin Brannan, who wants to become the Council’s speaker.

The coming class of 51 City Council members includes many first-time candidates and more women serving than in any time in its history. The 31 women who won or are favored to win will more than double the current Council’s class of female leaders.

Click here to read the full article published by The City on 3 November 2021.