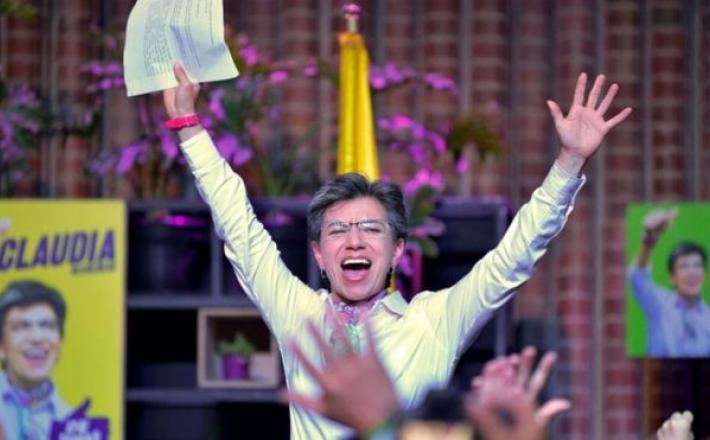 Claudia López, a gay politician who advertises herself as "incorruptible", has become the first woman to be elected mayor of Colombia's capital, Bogotá.

The 49-year-old centre-left candidate had won 35.2% of the vote with nearly all votes counted.

Mayor of Bogotá is widely considered the second-most important political post in Colombia after the presidency.

"Not only did we win but we're changing history," Ms López said on Twitter.

She narrowly beat liberal Carlos Fernando Galán, who received 32.5% of the vote.

Who is Claudia López?

A journalist-turned politician, Ms López is a member of the country's Green Alliance party. Known for her outspoken criticism of right-wing politicians, she has also been heavily involved with anti-corruption efforts in Colombia.

Her policies include putting more police on the streets, fighting child labour and creating better educational opportunities for people over 45.

Click here to read the full article published by BBC on 28 October 2019.