Coalition of political parties women in Liberia says national legislature is not balanced, as they train female candidates for December election

Coalition of political parties women in Liberia says national legislature is not balanced, as they train female candidates for December election 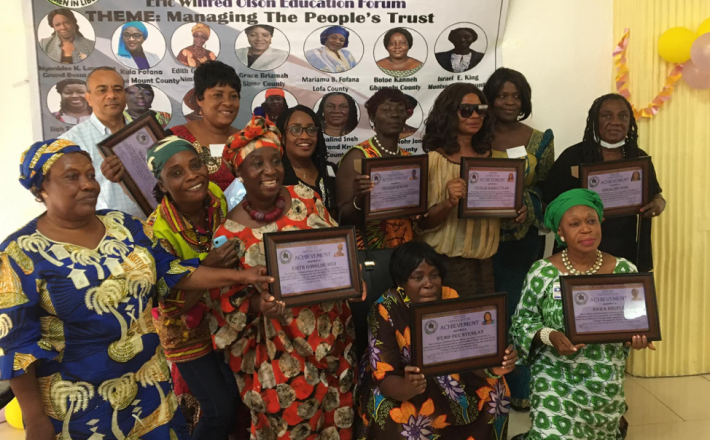 Ahead of the December 8, 2020 Senatorial election, the Coalition of Political Parties Women in Liberia (COPPWIL) says the national legislature is not balanced because of the limited female representation in the Liberian Senate.

The group, which is a conglomeration of women from all political parties in the country, believe that there is a need for women to be enlightened about major issues affecting them and their community or county.

At the training, the over 30 women were taught on the duties and responsibilities of the legislature, strategic planning and learning from the experience of former lawmakers.

Speaking to the media, COPPWIL vice chairperson for political affairs, Nuwoe A.D. Scott, said having less women at the Liberian Senate is unfair to them as women, so there is a need  for females to join hands to have more female representation at the legislature.

Madam Scott said the organization which was established on May 17, 2003 to empower women in politics and encourage women to join political parties is committed to addressing the needs of women during and after political period.

“We believed as an organization that women should be institutional when it comes to elections. As women in political parties, we feel it is unfair to have 30 senators who are basically male and one female. So looking at this, COPPWIL has decided to host this training ahead  of the 2020 election,” the COPPWIL vice chairperson said.