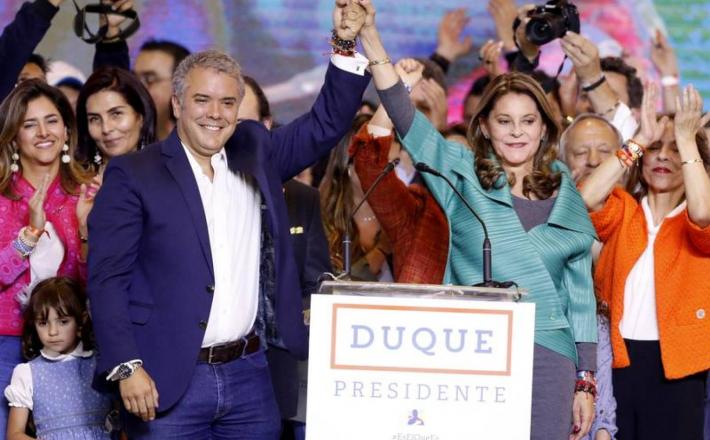 BOGOTA, July 26 (Thomson Reuters Foundation) - Half of Colombia's cabinet ministers will be women when the new government takes office next month in a first for the country and a boost for global gender equality.

Keeping to his campaign promise, conservative president-elect Ivan Duque, who takes over on August 7, has appointed equal numbers of men and women to his 16-strong cabinet.

"It is important that the Colombian woman assumes leadership positions. Colombia will have for the first time a female minister of the interior," Duque, of the right-wing Democratic Center party, tweeted earlier this month.

Women will also head other ministries with political clout, including the ministries of justice and energy, while Marta Lucia Ramirez will be Colombia's first female vice president.

"This is very important in symbolic terms and it represents a cultural change. It will be difficult for future governments to go back on this and not continue with gender parity," said Beatriz Quintero, who heads the National Women's Network, which brings together more than a hundred rights groups in Colombia.

"A girl can now see a woman vice president and say, 'I want to be vice-president or president one day,'" she told the Thomson Reuters Foundation.

Click here to read the full article published by the Thomas Reuters Foundation on 26 July 2018.