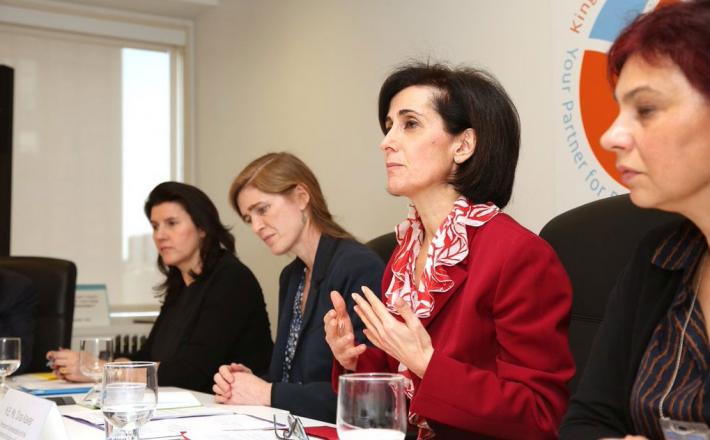 Organized by the United Nations (UN) Department of Political Affairs and hosted by the Permanent Mission of the Netherlands to the UN, a side event on the role of women in the Security Council took place on March 16, 2016, on the sidelines of the 60th Commission on the Status of Women (CSW). The discussion panel was composed of Ambassadors Dina Kawar of Jordan, Raimonda Murmokaite of Lithuania, Sylvie Lucas of Luxembourg and Samantha Power of the United States.

Overall at the UN, the number of women ambassadors has increased from 31 in 2014 to 37 today, out of 193 Member States. Composed of fifteen Member States, among which five are permanent members, the UN Security Council is one of the most influential organizations in the world. While the number of female diplomats at the UN is becoming more balanced overall, the number of women ambassadors in the Security Council has fallen from its peak of six women in 2014 to four in 2015 and to one this year: Ambassador Samantha Power of the United States. The first woman to serve on the Security Council was Ana Figueroa Gajardo of Chile in 1952. Power said that the first time she felt as the only woman on the council was a week before this event during a debate on sexual abuse by UN peacekeepers.

“Numbers aren’t everything. The Security Council is absolutely clear on the importance of the women, peace and security agenda,” said Under-Secretary-General for Political Affairs Jeffrey Feltman, referring to the landmark Council resolution 1325 (2000), which recognizes the critical role that women and girls play in maintaining peace and security. “But the fact that we are back to one out of fifteen shows that we all need to make a sustained commitment to gender parity in the peace and security architecture of the UN,” continued Mr. Feltman, who moderated the panel. Read more on this here and here.