Cynthia Nixon asked to turn down the AC. It isn’t silly. It’s symbolic

Cynthia Nixon asked to turn down the AC. It isn’t silly. It’s symbolic 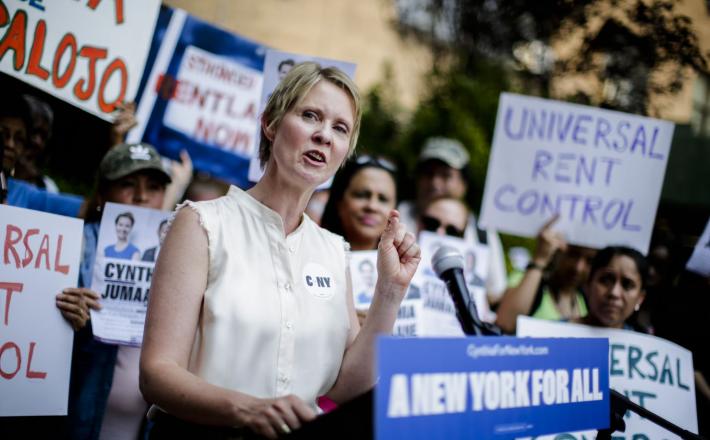 On Tuesday, New York gubernatorial candidate Cynthia Nixon made a request that seemed both trivial and audacious. For an upcoming Democratic primary debate with Gov. Andrew Cuomo, she wanted the thermostat set to 76 degrees.

It was the kind of news nubbin that seemed ripe for mocking, for cheeky Mars/Venus comparisons. Nationwide, women enrobed in work Snuggies emailed each other, amazed that Nixon just went for it like that — bypassing a compromise temperature of 72 or 73 and asking for a full-on heat blast.

Nixon was brazenly asking the world to reckon with a fact well-known but rarely addressed — that the standard business-world thermostat setting is polar for a lot of women. But this reminded me, somehow, of a complaint from a male friend: He can’t get his kids’ school to add him on their email list. Despite repeated requests, they send everything only to his ex-wife, though the two share custody. When he does manage to get his hands on an errant notice, he says, it’s addressed to “Moms.”