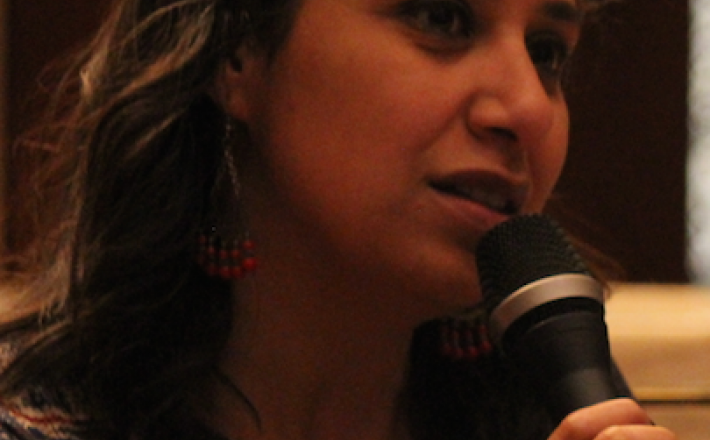 “The Passport Administration at Cairo International Airport banned this morning feminist activist and woman human rights defender (WHRD) Mozn Hassan from traveling during completion of her departure procedures from Cairo to Beirut, and she was informed verbally that the travel ban had been issued by the Egyptian  General Prosecutor based on the request of the investigative judge. Mozn Hassan was traveling to attend and participate in the Executive Committee meeting for the Women Human Rights Defenders (WHRD) Regional Coalition for the Middle East and North Africa, as a Regional Expert for the coalition, taking place during the period 27 June to 1 July 2016.

Mozn Hassan is a feminist activist and WHRD, and is one of the founders of Nazra for Feminist Studies and its Executive Director. Mozn Hassan works on various feminist issues since 2001 including violence against women in the public space, provision of psychological, medical and legal support for survivors from crimes of sexual violence, and political participation of women and inclusion in decision-making positions in Egypt and the Middle East.

The travel ban of Mozn Hassan comes within the context of Case No. 173 for the year 2011 commonly known as the "NGO Foreign Funding Case" that was reopened a few months ago to pursue its investigations, where 3 members from Nazra for Feminist Studies were summoned on 22 March 2016 to appear before the investigative judge, after which Mozn Hassan was summoned to appear before him on 29 March 2016 at New Cairo Court, where the judge notified the attending lawyers that he will specify an appointment for them to review the case papers, and subsequently will summon Mozn Hassan at another time. And the travel ban comes as a third step within the frame of interrogating her and referring her to the judiciary. Mozn Hassan is a board member of Global Fund for Women (GFW), member of the International Planning Committee of the 13th International Forum of the Association for Women's Rights in Development (AWID), and recipient of the Charlotte Bunch Women Human Rights Defenders Award in 2013.

Nazra for Feminist Studies condemns this procedure against its Executive Director, and the inclusion of the Association in the Case No. 173 for the year 2011, which comes within the context of steps taken by the Egyptian government for a long time and which escalated in the recent few months to close the public space for civil society organizations. It is worth mentioning that Nazra for Feminist Studies was registered as an association on 28 December 2007 with the number 7184, and Nazra obtained the Economic and Social Special Consultative Status with the UN in January 2014.”