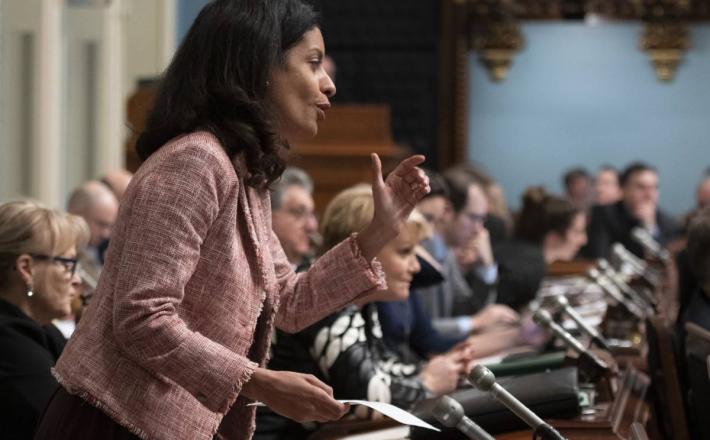 Dominique Anglade was named the new leader of the Quebec Liberals on Monday, becoming the first ever black woman at the helm of a provincial political party in the history of Quebec.

The announcement was made after contender Alexandre Cusson announced he was bowing out of the race, leaving Anglade as the party’s only leadership candidate.

Anglade, who is a Liberal MNA for Saint-Henri–Sainte-Anne and former economy minister, launched her campaign last summer to succeed former premier Philippe Couillard, who resigned after a bitter defeat in the October 2018 election.

She is also the first woman to run for leader of the Quebec Liberals in the party’s 150-year history.

Click here to read the full article published by Global News on 15 May 2020.