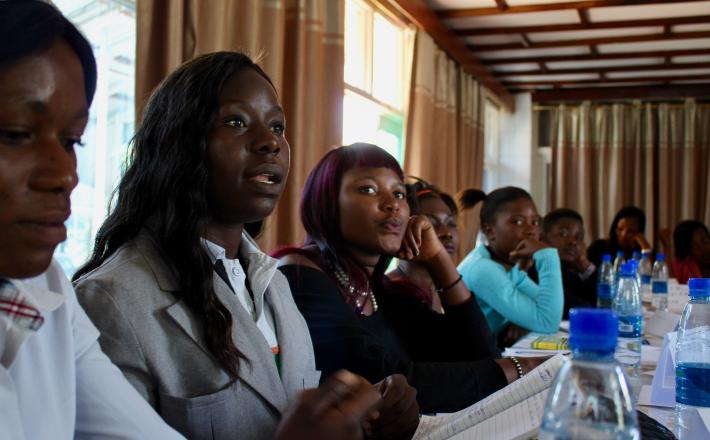 “The forthcoming elections is a decisive turning point for the Democratic Republic of Congo (DRC), because if we really do have these elections despite the fact that it has long dragged out, it will be the first democratic transition ever in the DRC”  –Justine Masika Bihamba, founder of Synergie des femmes pour les victimes des violences sexuelles (Synergie of Women for Victims of Sexual Violence; SFVS), a member of the Global Network of Women Peacebuilders (GNWP).

Ms. Masika Bihamba was in New York twice in the last few months on July 25th, 2018 to brief the UN Security Council on the situation in the DRC; and during the commemoration of the 18th anniversary on the UN Security Council Resolution (UNSCR) 1325 on Women, Peace and Security in October. On both occasions, Ms. Masika advocated for the full and effective implementation of UNSCR 1325 and supporting resolutions.

While talks about the upcoming elections in the DRC have been saturated with news such as politicians Jean-Pierre Bemba and Moïse Katumbi being barred from the presidential race by the national electoral commission; and problems with voting machines, little has been devoted to understanding the lack of women’s representation in Congolese national and local politics.

Furthermore, there is a problem with the elections in regard to support of the population and the participation of women. Only 12% of candidates who came forward for the elections were women. There is a need to strengthen support for women candidates due to the economic burdens of electoral candidacies and a lack of trust in women’s political capacity.

Click here to read the full article published by The Global Network of Women Peacebuilders on 11 December 2018.