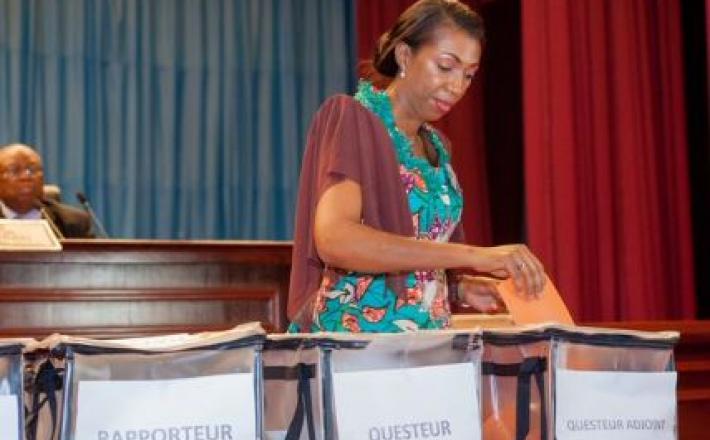 Lawmakers in the Democratic Republic of Congo, DRC, on Wednesday elected Jeanine Mabunda as head of the national assembly.

Mabunda was the only candidate fielded for the position after her main opponent, Henri Thomas Lokondo, was disqualified. The main opposition boycotted the process citing political manoeuvering.

The new speaker belongs to the Common Forum for Congo, FCC coalition, which is led by former president Joseph Kabila. She also got the backing of president Tshisekedi’s CACH coalition.

She becomes the first woman to occupy the top legislative seat. She is the sixth substantive speaker and takes over from Aubin Minaku – speaker between 2012 – 2019.

Click here to read the full article published by Africa News on 24 April 2019.