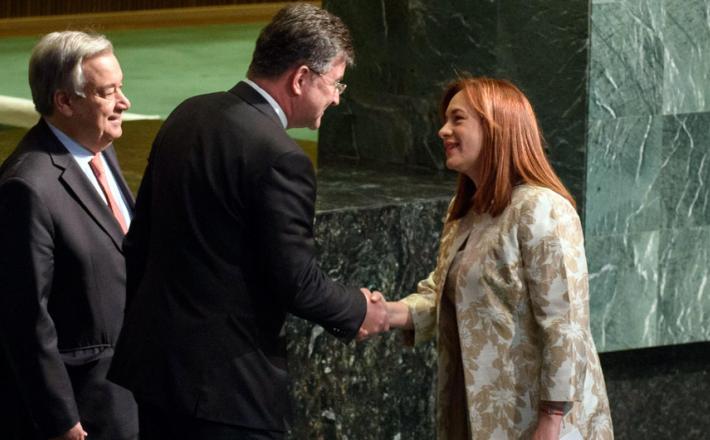 The United Nations General Assembly on Tuesday elected Ecuadorean Foreign Minister María Fernanda Espinosa Garcés, President of its upcoming 73rd session; only the fourth woman to hold that position in the history of the world body, and the first since 2006.

Ms. Espinosa secured 128 votes against 62 votes obtained by the only other candidate, UN Ambassador Mary Elizabeth Flores Flake of Honduras.

In her acceptance speech, Ms. Espinosa also noted that she was the first woman ever from Latin America and the Caribbean to preside over the Assembly.

She was the first woman to be named Permanent Representative of Ecuador in New York, after having served as Ambassador in Geneva.

Click here to read the full article published by UN News on 5 June 2018.