Ending impunity for violence against women in elections in Zimbabwe

Ending impunity for violence against women in elections in Zimbabwe 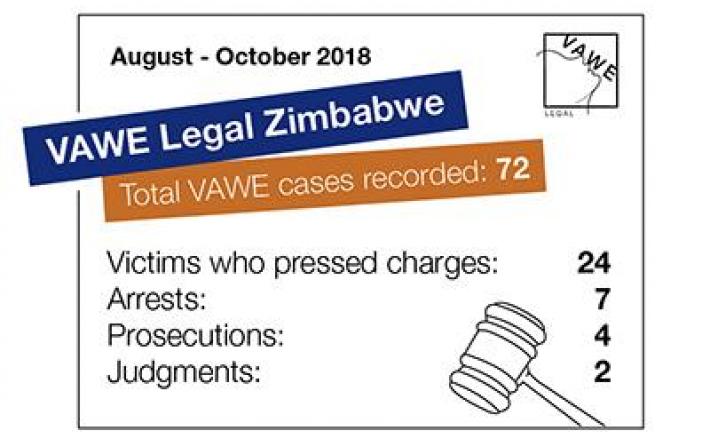 Earlier this year, the International Foundation for Electoral Systems’ (IFES) research in Zimbabwe found that women engaging in elections as candidates, voters and journalists were experiencing devastating sexual extortion, physical violence, harassment and intimidation from their bosses, colleagues, religious leaders and domestic partners, both in physical and online forms. This violence deeply impedes their free and fair participation in the electoral process, silencing their voices and inflicting severe harm.

Spurred by these findings and motivated by a renewed commitment from key actors to end impunity for this kind of abuse, IFES and our local Zimbabwean partners, the Women’s Coalition of Zimbabwe, the Zimbabwe Women Lawyers Association and the Zimbabwe Peace Project, launched an initiative to end impunity for violence against women in elections (VAWE).

Ahead of the 2018 elections, President Emmerson Mnangagwa declared zero tolerance for electoral violence, and the Zimbabwean Republic Police (ZRP) stated their intention to fully prosecute violators, including VAWE violators, signaling a meaningful step toward definitively ending VAWE in Zimbabwe. With support from the Canadian Embassy, IFES and partners are working to assist survivors of violence in elections in seeking justice by helping them document their cases and bring them to the police and to court.

Overcoming deeply embedded mistrust of law enforcement as well as fear of re-victimization at the hands of perpetrators, as of writing, 72 cases have been documented and in 24 cases the victims pressed charges with the police. The police made arrests in seven cases, of which prosecutors took four to trial, and as of November 10, there were two judgments.

Click here to read the full article published by IFES on 14 November 2018.