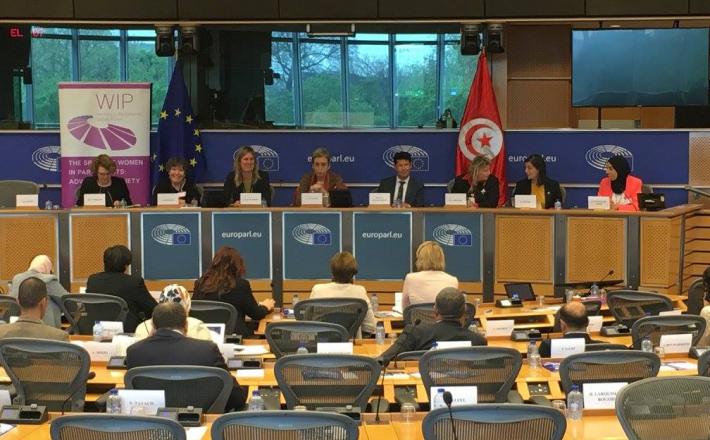 In the framework of the ‘Tunisian Week’ which took place at the European Parliament (Brussels) on the 2-4 May, the Women Political Leaders (WPL) Global Forum co-hosted the debate ‘Gender equality and the participation of women in public life‘.

The participants of this debate shared their insights on the importance of empowering women to take a step up on the political level and some of the barriers that women face on the road to a career in politics.

The ‘Tunisian Week’ is a three-day high-level programme focusing on capacity-building as well as political dialogue, featuring a number of workshops.

The European Parliament hosted a 40-strong delegation from the Tunisian ARP, led by its President M.Mohamed Ennaceur, including leaders of the political factions, parliamentarians and high-level staff.

Tunisia is among the 8 priority countries that the European Parliament’s Democracy Support and Election Coordination Group has selected since 2015 for parliamentary support and capacity building activities.