Even with rise of political outsiders, women take traditional path to power in the US

Even with rise of political outsiders, women take traditional path to power in the US 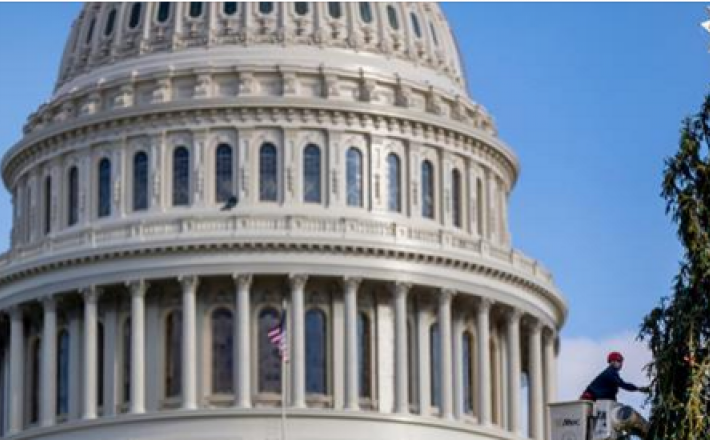 When she thinks about getting women involved in government, Kelly Dittmar can’t help but be reminded of asparagus.

A few years ago, Dittmar, an expert on women’s participation in politics, had a friend who needed to fill a spot on “some sort of asparagus advisory board.” The friend asked a few men, and women, to join the team.

“All of the women said, ‘I don’t know that much about asparagus,’” Dittmar said. “And all of the men were like, ‘Sure, I’ll do it, whatever.’”

The trend of women thinking they aren’t qualified to participate in political leadership — at any level — is not new, according to Dittmar, a professor at the Rutgers Center for American Women and Politics. It's one reason there have never been more than 20 women in the 100-member U.S. Senate, and why the percentage of women in the House is no higher.

But women are starting to show interest in local and statewide races, activists say, and several U.S. senators are poised to make a splash on the national stage.

In the past, studies have shown that women win elections at the same rate as men but are much less likely to run in the first place, in part because they are not encouraged to do so. In other words, Dittmar said, gender begins to play a significant factor even before a race begins.

"It's not just that, 'oh, women lack self-confidence, oh, they think they're not as good,'" Dittmar added. "It's also structural -- people tell them that. People are questioning their qualifications. The women aren't just making that up in their heads."

As a result, when women do run for high-ranking positions, they tend to have extensive government experience, rather than an outsider background.

In contrast, before his election, President-elect Donald Trump had never worked in government. Ben Carson, a one-time front-runner in the Republican primary, entered the presidential race after a long career in the operating room. Even rapper Kanye West has hinted that he sees politics in his future.

But Trump, Carson and West are all men. To find the women who are fast-rising stars on the political landscape, experts advise looking to more traditional pathways to power.

“We float men who are business leaders, men who have reality TV shows,” Dittmar said. “But we don’t really float women like that as potential political candidates, and so they don’t often run.”

As an example, Dittmar pointed to Carly Fiorina, who ran in the 2016 Republican primary. Fiorina, who is best known for her spotty business record during her six-year tenure as CEO of Hewlett-Packard, never achieved enough momentum to stay at the front of a competitive pack.

Trump, a businessman and reality TV star who built a reputation using casinos, luxury resorts, and the TV show The Apprentice, beat Hillary Clinton, who was, in most ways, a more traditional candidate.

Clinton, a former senator, secretary of state and first lady, had significantly more experience in government than many candidates who have successfully run for the presidency — including President Barack Obama. Although Clinton lost in the Electoral College, she won the popular vote by nearly 3 million votes, and women who run for the presidency in the coming years are likely to have similar political experience, Dittmar said.

Dittmar and other experts point to U.S. senators, such as New York’s Kirsten Gillibrand and Minnesota’s Amy Klobuchar, both Democrats, as women whose profiles have been steadily rising in the nation’s capitol.

One of the best-known faces of the progressive movement is Sen. Elizabeth Warren, D-Mass., who has never outright denied future presidential ambitions.

And South Carolina Gov. Nikki Haley, who is Trump’s nominee for ambassador to the United Nations, is one of the GOP’s rising stars.

“These women are well-situated,” Dittmar said. “They have really been paving the way.”

Haley, who is Indian-American, is one of several women of color whose profiles are rising, Dittmar said. Although women overall did not make gains in the 2016 election, women of color will be better represented in Congress than ever before in the coming year.

Former California Attorney General Kamala Harris will be only the second black woman in the U.S. Senate when she takes office Jan. 3, and Catherine Cortez Masto of Nevada will be the first Latina woman. Rep. Tammy Duckworth, the Asian-American senator-elect from Illinois, will also join Hawaii Sen. Mazie Hirono, who is Japanese-American.

“Newcomers like Kamala Harris already have a high profile, and it will only increase,” Dittmar said. “Race and ethnicity also matter when you have such a white Congress.”

At the earliest stages of the political pipeline, experts are also seeing more women express interest in local and statewide races, according to Patsy Woods Martin, the executive director of Annie’s List, an organization that works to elect Democratic women in Texas.

“What we’re seeing across the state is women of all ages and all demographics saying, ‘I have to do something, I must do something, and I am ready to act,’ ” Martin said.

Martin also said she’s noticed that women are more skeptical of their fitness for office than their male counterparts.

“We tend to need to overachieve to feel like we have achieved,” Martin said.

But Annie’s List is scheduling candidate training across the state and seeing higher numbers of RSVPs than usual.

Dittmar said she has observed the same trends. Registrations for the New Jersey “Ready to Run” program, which Rutgers holds to train female candidates, skyrocketed after the election, and affiliated programs in Pennsylvania and Ohio saw the same, Dittmar said.

“We’ve seen a jump in interest and engagement, but more importantly, in registration,” Dittmar said. “That’s putting your money where your mouth is."