For every woman in political office in the United States, there are three men.

For every woman in political office in the United States, there are three men. 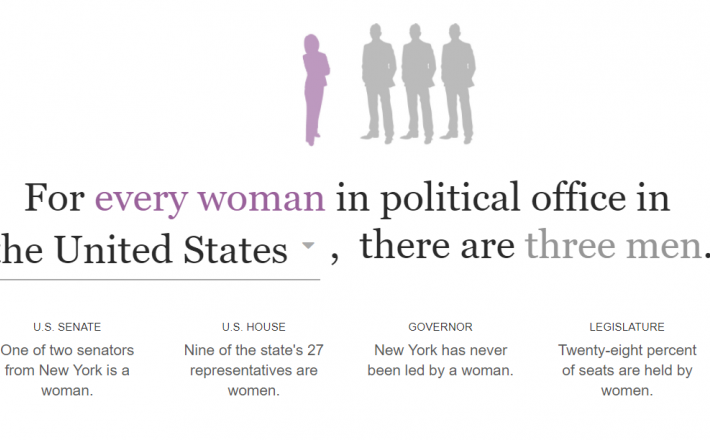 In the wake of Donald Trump’s election, an unprecedented number of women — primarily Democrats — are running for office in 2018. Final numbers will not be available for some time, but Emily’s List, an organization that works to elect Democratic women, has reported being contacted by more than 26,000 women who are interested in running for office since Election Day 2016. That is compared with 920 during the entire two-year 2016 election cycle.

The open question is whether this energy will result in more women being elected in 2018. It did in Virginia’s 2017 election, where 15 more female legislators were elected to the state’s 100-member House of Delegates.

Two of the victors who defeated Republican male incumbents in Virginia will be the first Hispanic women to serve in the state’s House. A third will be the first openly transgender person elected and seated in a U.S. statehouse.

Both states are still far from having equal representation for women. Given the way female representation looks across the country, even the tidal wave of women running probably will not be enough to get one woman into office for every man.

No state is even close to equal representation

Overall, about a quarter of elected positions in the United States are held by women. There are 1,977 women in power across governorships, congressional seats, and state legislative seats — which means 2,006 more have to win for women to reach equal representation.

Their numbers are highest in states that vote Democratic. In some right-leaning states, women’s share of political leadership drops as low as 11 percent.