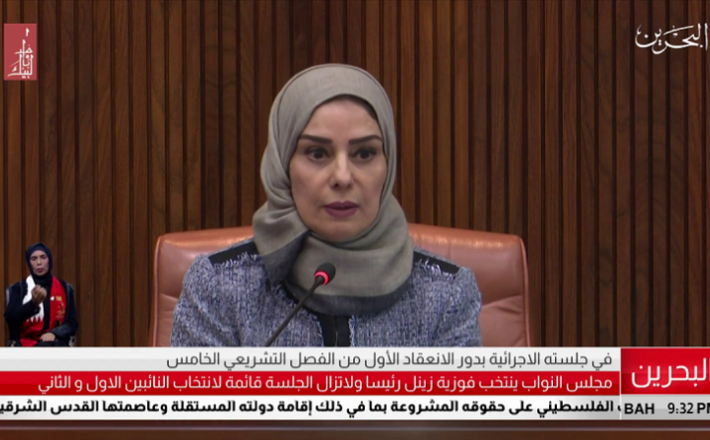 Bahrain’s parliament made history on Wednesday when it elected MP Fawzia Zainal as its first female Speaker of the Council of Representatives.

Zainal, who won 25 votes from the 40-member lower house chamber, became the second woman to head a parliament in the Gulf Arab region after the United Arab Emirates (UAE) made history in 2015 when it appointed Amal al-Qubaisi as president of the country’s Federal National Council (FNC).

The Supreme Council for Women in Bahrain praised the high achievement by a Bahraini woman of presiding over the parliament through direct voting and election.

“I will work with my fellow MPs to implement the political, economic and social implications set out in His Majesty’s speech, and will use all the constitutional and legal instruments available that elevates our precious Kingdom of Bahrain and preserve its security, stability and advance its position in the field of sustainable and human development,” Zainal said in one her first statements as parliament Speaker.

Click here to read the full article published by English Alarabiya on 13 December 2018.