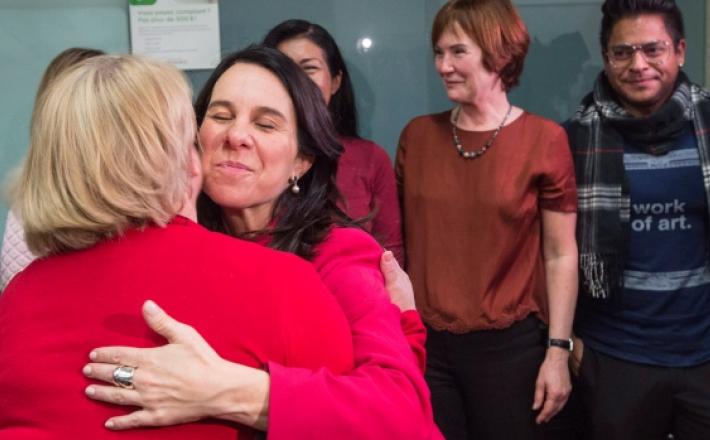 7 of 18 borough mayors elected in Montreal are women, as are many city councillors and other Quebec mayors.

Yesterday, Montrealers elected a woman to be mayor for the first time.

"We have written a new page in Montreal's history books," mayor-elect Valérie Plante said in her victory speech on Sunday.

Plante may be the most prominent newly elected woman, but in Montreal boroughs, and in cities and towns across the province — which holds elections on the first Sunday of November — other women made significant inroads.

Montgomery defeated the incumbent mayor of Cote-des-Neiges–Notre-Dame-de-Grace, Russell Copeman, despite having no prior municipal political experience.

"I think it goes back to just being fed up with the old boys' club," Montgomery told CBC News. "I'm really happy to see that so many young people got involved."

Maja Vodanovic also beat her male rival, Claude Dauphin, for the mayor's post in the borough of Lachine, and women took the top job in five others.

Click here to read the full article published by CBC Canada on 6 November 2017.