Feisty, flounce and bossy: the words used to put women down

Feisty, flounce and bossy: the words used to put women down 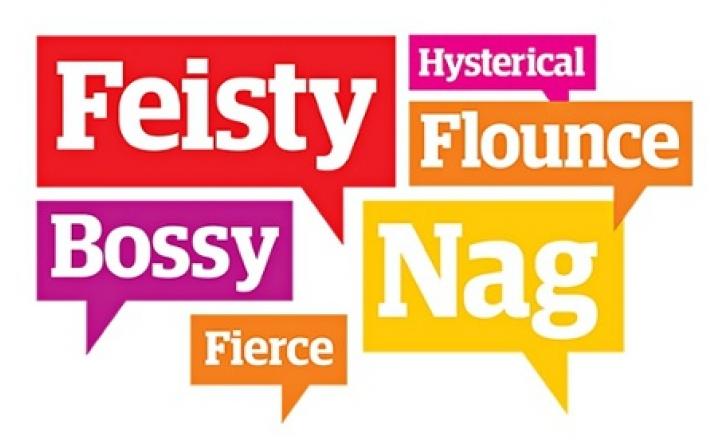 Do you ever hear men described as ‘hysterical’? Do people say they ‘whine’ or ‘nag’? Thought not. Here are eight sexist words we’d like to never hear from again

“Feisty? My least favourite word. Have you ever heard a man described as feisty,” said Daisy Lewis, who plays the schoolteacher Sarah Bunting in Downton Abbey, in an interview . “Have you heard a male character described as feisty? I think not.” Ah, feisty. It sounds like a compliment – for some reason, it always makes me think of those women in the second world war, wearing dungarees, lipstick and a new-found confidence in changing a wheel – when really it just puts down a whole gender. In their guide to improving the media coverage of female politicians, the Women’s Media Centre lists “feisty” as one of the words that should be avoided (it categorises it with “spunky”, which is surely a word that nobody should use, ever), describing it as “normally reserved for individuals and animals that are not inherently potent or powerful”. The guide goes on to quote Michael Geis, author of the Language of Politics: “One can call a pekinese dog spunky or feisty, but one would not, I think, call a great dane spunky or feisty.”