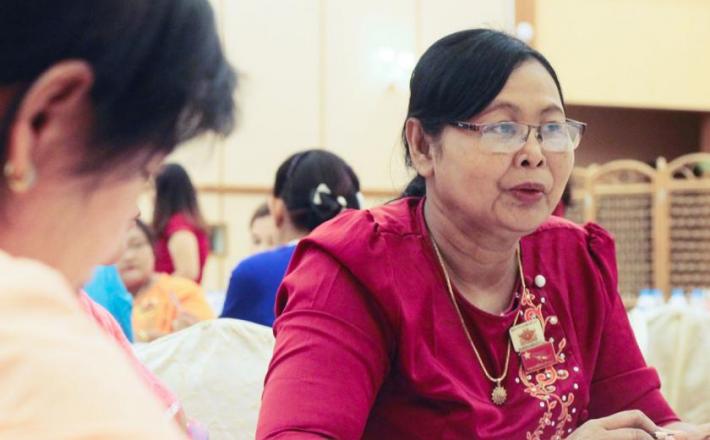 Female lawmakers, in a country where women make up 52 percent of the population, account for around 10pc of the overall MPs in both the national and regional legislatures.

Forty-eight female lawmakers from the Union and regional parliaments gathered in the capital city for the Third Women MPs Forum on June 2-4, organised by The Asia Foundation and Phan Tee Eain (PTE), a local NGO. The event was funded through the UK Department for International Development, Australia’s Department of Foreign Affairs and Trade (DFAT) and the Swiss Development Cooperation (SDC).

The three-day forum focused on ways to equip female parliamentarians with technical knowledge in public financial management and provided them with networking and skills building opportunities.

Women MPs, as elected representatives of all citizens in Myanmar, bring very specific perspectives to inform law and policymaking that can help transform existing institutions and policies, which have primarily been established by men over the decades, toward greater inclusive, effective, and equitable outcomes, according to Kim Ninh, country representative of The Asia Foundation in Myanmar.

Click here to read the full article published by Myanmar Times on 21 June 2018.