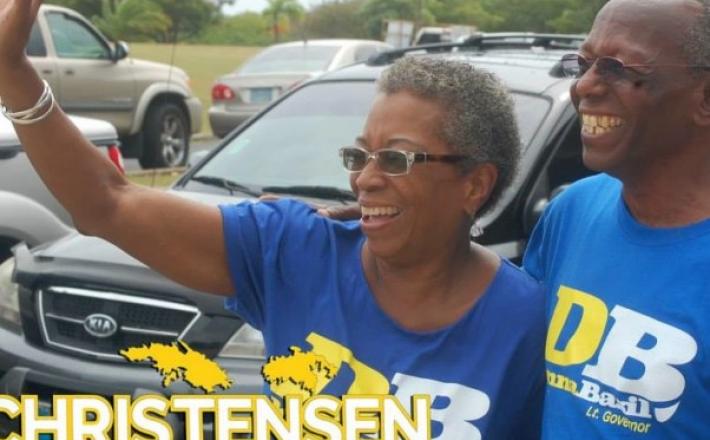 There may have been storms on election day, but for Delegate Donna Christensen the sun was shining.  She and her running mate, Basil Ottley, beat out a crowded six candidate field to win the Democratic primary for Governor of the Virgin Islands.

Del. Christensen’s primary win and all but certain victory in the general election means she will be the first Black female Governor of the U.S. and its territories.

The Virgin Islands is one of five U.S. territories who claim as their President Barack Obama but oddly can’t vote in presidential elections.  The largest U.S. territory is Puerto Rico with over 5 million people.  Thanks to the House Republicans, Del. Christensen does not have a vote in on the House floor — all the Delegates in the U.S. House are Democrats.