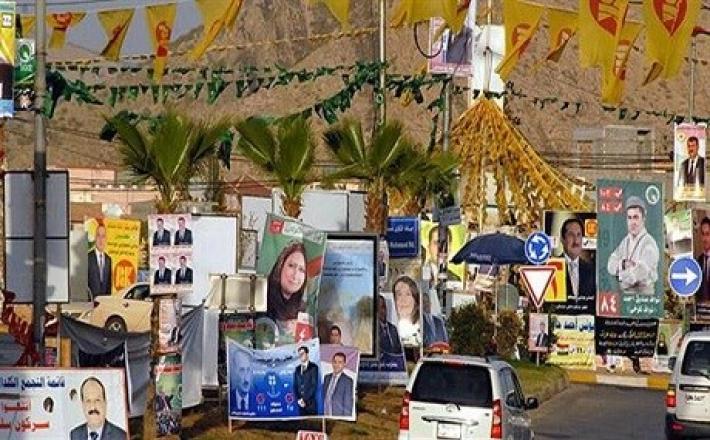 SULAIMANI, Kurdistan Region — Women in Kurdistan are heading several parties’ voting lists, and some don’t want Iraq’s 25-percent quota system to be seen as the reason for their candidacies in this year’s elections.

Shiler Abdulmajid, head of the list for the Kurdistan Socialist Democratic Party, said her party’s politburo decided to choose only women candidates because “we wanted to increase the number of women in Iraqi parliament.”

The women are fighting stereotypes that they have no voice or are afraid to participate in Iraqi politics.

“Taking part in them is itself a win,” said Abdulmajid.

Heads of lists of the KDP, PUK, Socialist Party, and Communist Party, are women in some provinces — a change from past elections.

The Communist Party has a voting list only in Sulaimani, where the head and the rest of the list’s candidates are women.

According to the election law and establishment guidelines, women should comprise at least 25 percent of voting lists in Iraq.

The women interviewed disagreed with the quota system being their qualification to run. They argued that the participation of women in local politics and governance will normalize with time.

“If we had men on our list, the women quota would have applied to us. But because we are all women, the quota system doesn’t apply on us. We should get enough votes to succeed,” said Abdulmajid of the Communist Party.

Click here to read the full article published by Rudaw on 20 February 2018.