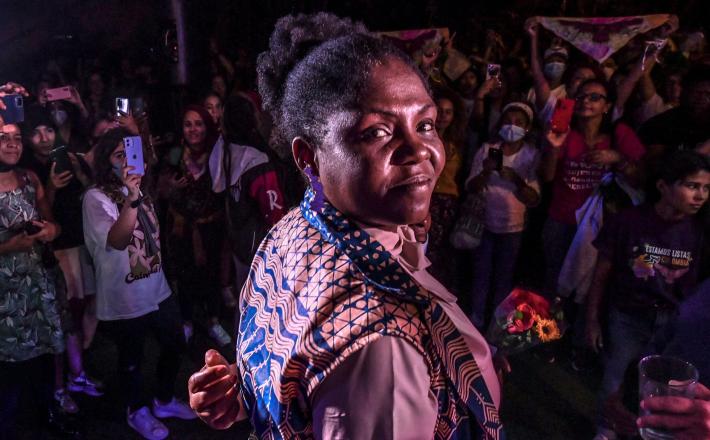 The environmental leader won more votes than the center candidate Sergio Fajardo without having held public office and with a campaign that began only three months ago.

Following this unprecedented primary, Francia Márquez has done nothing but smile. Although she did not win the leftist coalition El Pacto Historico [Historic Pact]’s election, where Gustavo Petro swept the board as expected, in her campaign headquarters it has been all celebration: “The people do not give up, damn it”, they sing and dance to a chorus that was sung during the social protests of 2021 and has made her well known. It is no wonder the environmentalist leader has become a Colombian electoral phenomenon.

With almost 97% of the ballot counted, Márquez obtained 757,000 votes and became the third-place candidate, behind Gustavo Petro and Federico Gutiérrez, on the right. Márquez not only surpassed the number of votes for three times presidential candidate and former mayor of Medellín Sergio Fajardo (who obtained 701,000 in the center election), and left behind well-known politicians such as the former minister Alejandro Gaviria and the former governor of Boyaca Carlos Amaya, but she also managed to grow a campaign in just three months without being a recognized figure in the country as a whole.

Click here to read the full article published by El País on 15 Mars 2022.