Gender equality in the Supreme Court of Mexico

Gender equality in the Supreme Court of Mexico 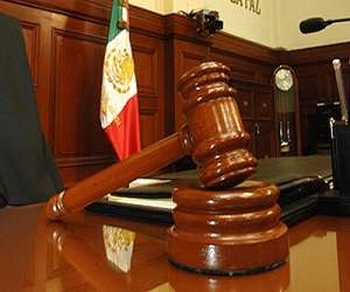 On November 30 two ministers of the Supreme Court of Mexico (SCJ) end his last term as judges, one of them is the Minister Olga Sánchez Cordero, leaving the court with one woman of the eleven participating.

The administration of President Peña Nieto has been characterized by seeking gender equality in government institutions and the Supreme Court should not be the exception. There are several voices demanded that the President of the Republic that the list to submit to the appointment of two ministers of the Supreme Court of Justice of the Nation (SCJ), not by "fees or friends", ie, that the Court it is not integrated by ministers derived quotas between parties or for friends of the President and preference that is integrated only by women.

The participation of women in political and social activities of national life began after the 1974 reform to Article 4 of the Constitution. Currently only 30% of charges in jurisdictions of federal courts are occupied by women. Throughout the history of the Supreme Court, women have represented only 20% of ministers. It is very important to hear what the judges of the judiciary have to say, because women have a greater capacity of intuition and analytical skills as well as greater sensitivity to certain issues. Minister Sánchez Cordero said that once a minister said:

"The law is inextricably linked to the excitement of right and this emotion should inspire the normative content of the right. For the correct application of law is essential to the case excited, feel the just, because it is the legal solution. Why women are especially equipped for any legal activity; their natural emotional capacity, which is culturally driven positively, give a privileged perception of what is just and legal ".