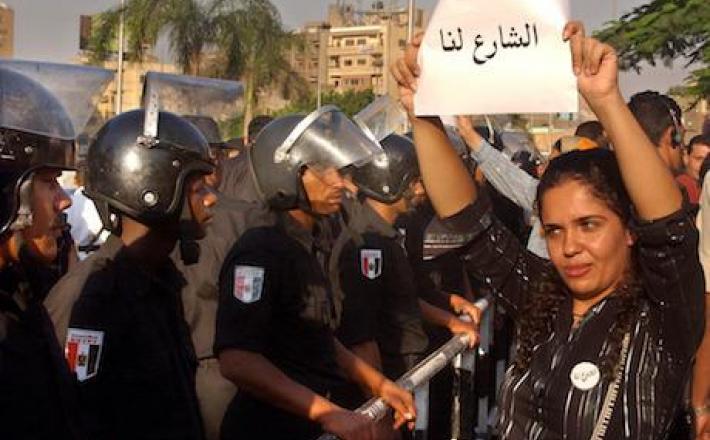 When the Women Human Rights Defenders (WHRD) Regional Coalition for Middle East and North Africa met last month in Beirut, one seat was noticeably empty. While completing departure procedures at Cairo International Airport, authorities informed Mozn Hassan –passionate activist, co-founder and North Africa advisor for the Coalition, and executive director of the inspirational Nazra for Feminist Studies - that she was banned from travel.

Mozn Hassan’s prominence as a leading Egyptian feminist and human rights defender was well summed up in a March 2016 article by Brian Dooley, whowrote, “Some people are so well known in their field, or beyond, that they’re only referred to by their first name.” He goes on to illustrate how Mozn Hassan is just such a person. To many of us who work with non-governmental organisations or wider social movements to promote and protect fundamental rights, and among the women she advocates for, this tenacious activist is merely Mozn - a sister, ally, friend and mentor.

Founded by Mozn in 2007, Nazra for Feminist Studies brings together men, women and others to confront many contentious gender-based issues from a feminist perspective. For example, Nazra provides psychological, medical and other vital support for survivors of sexual violence in the public sphere in Egypt, such as in the terrible cases of mob sexual assault and gang rapes on the Tahrir Square in Cairo. Click here to read the full story.