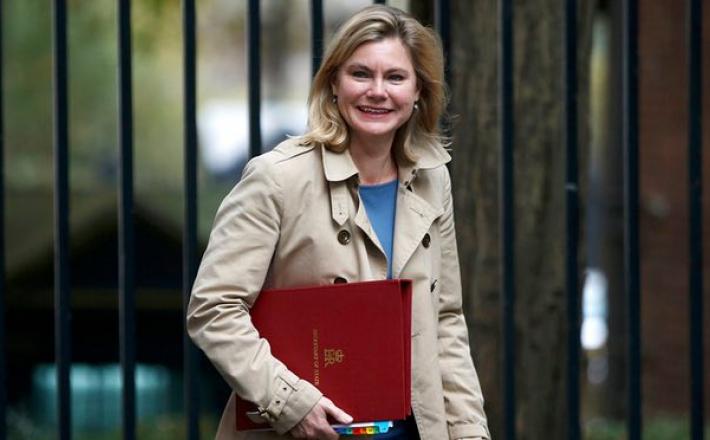 Women and equalities minister Justine Greening says there is a danger that female representation will flatline at current 30%.

Progress on the representation of women in Westminster is in danger of stalling, according to a group of MPs and campaigners.

“I feel really strongly about us having a 50:50 parliament here and I think it’s long overdue,” said Justine Greening, the education secretary and women and equalities minister, at an event organised by 50:50 Parliament, which campaigns for gender parity in Westminster.

“My big concern, to be absolutely frank, is that we’ve got up to about 30% and the danger is that we will plateau at 30% unless we really look at what it is going to take to shift it up further.”

The fear was echoed by barrister Cherie Booth, who said on Wednesday that progress was in danger of slowing to a halt. “We do appear to be stuck. We’ve got to a stage where we’ve improved and yet we can’t seem to get over that final hurdle,” she told the BBC’s Newsnight.

Adding that she did not believe the vast number of men were sexist, she said: “Actually most men love their mothers, respect their wives and are passionate about having the best opportunities for their daughters. The problem is we seem to have a culture which sort of shrugs its shoulders and says, ‘Oh well, you know men, that’s just the way they are.’

“I think we shouldn’t be talking about mothering or fathering – we should be talking about parenting, and we should allow couples to actually be able to organise a way of bringing up their children that suits both of them. We still organise our work in such a way as though we were still living in this sort of mythical world, where women all stayed at home and men went to work.”

Meanwhile, campaigners gathered in parliament to mark the anniversary on Thursday of the first female MP taking her seat and encourage others to follow in Nancy Astor’s footsteps.

Urging other women to support 50:50 Parliament’s #AskHerToStand campaign, Labour MP Jess Phillips said women who were considering running for parliament should not think they were not up to the job.

“To any woman who thinks she is not good enough or suffers from imposter syndrome, I would say if you were to spend five minutes in this place you would realise you are more than good enough,” she said. “There are people in here who are no where near as good as you.”

There are 193 women and 455 men in the Commons – a figure that means there are still more men in the Commons than there have ever been female MPs. In the 97 years since Astor took her seat, only 452 women have been elected, compared with 6,005 men.

Frances Scott, founder of 50:50 Parliament, urged women to sign up to political parties and either put themselves forward for a political career or encourage other “capable” women.

“‘Now, perhaps more than ever, it is important to stand up for what you believe,” she said. “50:50 believe that women need an equal say in running the country and planning our future. Women are brilliant and men are brilliant; 50:50 want the best of both working together at Westminster in similar numbers. Our parliament should draw upon the widest possible pool of talent and experience and that includes the 32 million UK women.”

In October, the Labour leader, Jeremy Corbyn, set a goal of having 50:50 representation among Labour MPs after the next election, while representatives from all parties agreed parliament would benefit from gender parity when pushed by Conservative MP Maria Miller, chair of the women and equalities select committee.

Such a move would result in betters policies, said the leader of the Greens, Caroline Lucas. “If we had more women in here, I strongly believe we would get better policies for society at large,” she said. “I don’t think it’s an accident that austerity hit women the hardest ... Parliament should look like the people is it meant to be representing. This place has to look more relevant or else people will assume that it isn’t.”

Marylyn Haines Evans, the chair of public affairs at the Women’s Institute, whose 660,000 members have backed the 50:50 Parliament campaign, said 69% of WI members felt they had little or no influence in the country. “Unfortunately these findings are not surprising when we consider that women are still hugely under-represented in all areas of public life,” she said.