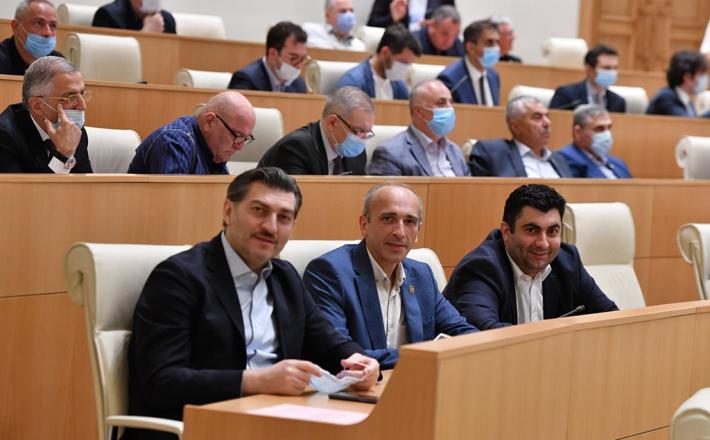 Georgia’s parliament is currently nearly 90 percent male. But a newly adopted gender quota will boost the number of women members of parliament up to at least 20 percent this year and more in the future. Local assemblies will have an even higher proportion of women.

“Today, laws in this country are made in rooms full of men, where women – the majority of this country’s population – are a small minority,” said Maka Meshveliani, a member of the advocacy group Women’s Movement, which spearheaded the initiative. “Setting gender quotas helps make sure that women are better represented in the legislative assemblies and that politics are more about the issues that matter for the majority of the population,” she told Eurasianet.

The new law – adopted following a failed attempt in 2018 – also was pushed by European countries; the EU-Georgia Association Agenda called for the country to “take active steps towards increasing women’s representation in political life and the decision-making process."

Click here to read the full article published by Eurasianet on 13 July 2020.