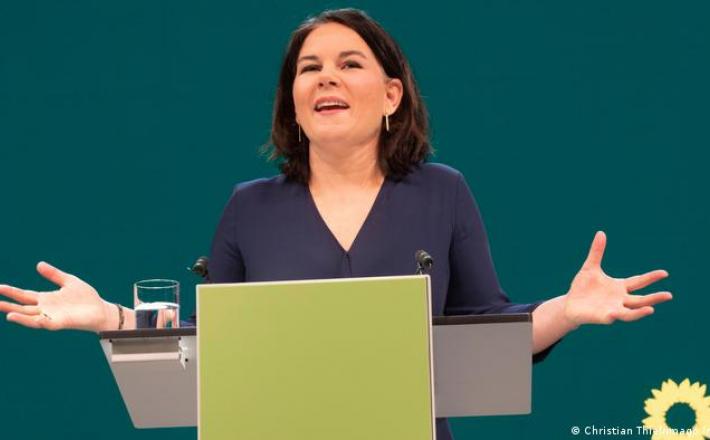 Threats against politicians have sharply risen ahead of September's general elections. The leading candidate to replace Angela Merkel has rapidly become the prime target for misogyny, vitriol, and fake news.

It's been barely three weeks since Annalena Baerbock was nominated as the Green party's chancellor candidate. But it took only a matter of hours after her nomination on April 19 for disinformation and hate about her to begin spreading like wildfire online.

Experts warn that the wave of targeted hate and disinformation that has spread about Baerbock is only the tip of the iceberg ahead of September's general election.

"It wasn't the increase in fake content and hate that surprised us. It was the sheer speed and extent," says Josephine Ballon, head of legal at HateAid, Germany's only advice center that only supports people affected by digital violence. "What's unfolding is gender-specific hate," she told DW. "This kind of hate seeks to discredit and silence the target."

Click here to read the full article published by DW on 10 May 2021.