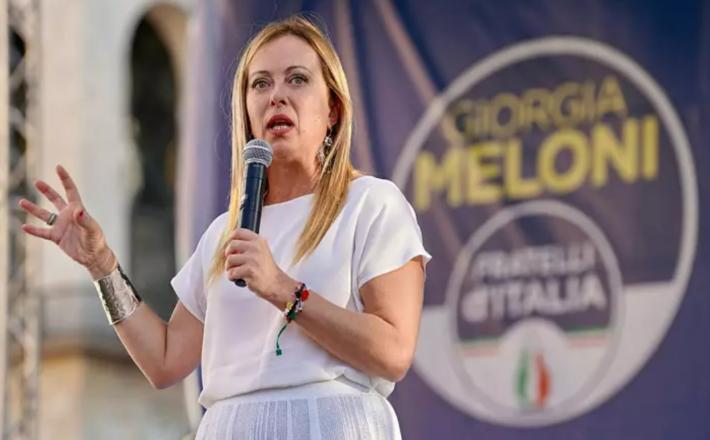 Italy's far-right leader Giorgia Meloni says she would be "honoured to break a taboo" and become the country's first female prime minister.

The party leads a right-wing bloc -- which also includes the parties of Matteo Salvini and Silvio Berlusconi -- that is forecast to get at least 36.5% of the vote share. The most optimistic outcome would see the coalition get 46.5%.

That means Italy, which has seen 67 governments come and go since World War II, is likely to be led by a woman for the first time.

Click here to read the full article published by Euronews on 26 September 2022.