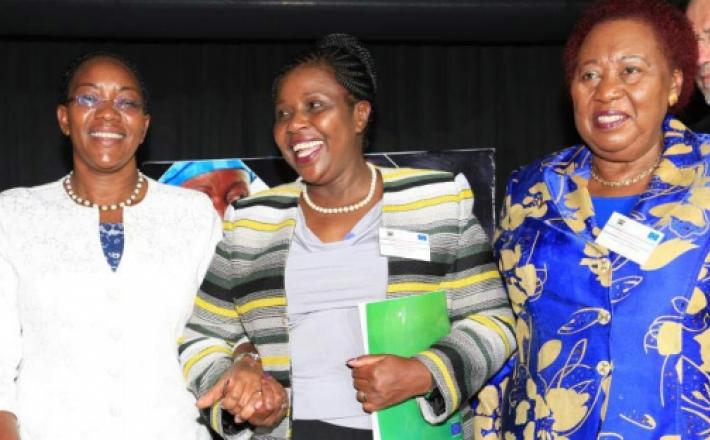 The government of Kenya has launched a strategy aimed at supporting greater participation of women in elective politics. This comes ahead of the two third gender rule bill set to be reintroduced in parliament. The bill set to come up for voting for the third time at the National Assembly seeks to ensure that either gender has at least one third representation to both appointive and elective positions.

Speaking during the launch of the National Strategy for the empowerment of women for political leadership, Gender Cabinet Secretary Sicily Kariuki urged the current parliament to vote the bill into law.

Women' participation in the political sphere remains low as a result of barriers such as failure to legislate affirmative actions and policies, intimidation by male counterparts, gender-based violence against female candidates and deep rooted patriarchal culture. During party nominations last month, very few women sought tickets to run for gubernatorial positions in August 8 elections. Deputy Speaker of the National Assembly Joyce Laboso urged her colleagues to rise above male chauvinism and fear of having more women in parliament by supporting the bill. "We have gone through a lot for the last four years putting the legislation together and trying to have it passed. Let us leave a legacy as the eleventh parliament that managed to get the legislation on the no more than two thirds gender rule," urged Dr Laboso.

European Union Head of delegation Stefano Dejak assured women aspirants of support saying the Union was committed to full participation of women in political process as a precondition for national development. Dejak traveled with a delegation of EU Members of Parliament including Peterlee Alojz who headed EU's election team in Kenya during the previous election. Mr Alojz called for more support for women candidates in the face of numerous barriers placed on their paths such as violence.

Click here to read the full article published by Standard media on 9 May 2017.