With Harris as VP, South Asian women see an opening into politics

With Harris as VP, South Asian women see an opening into politics 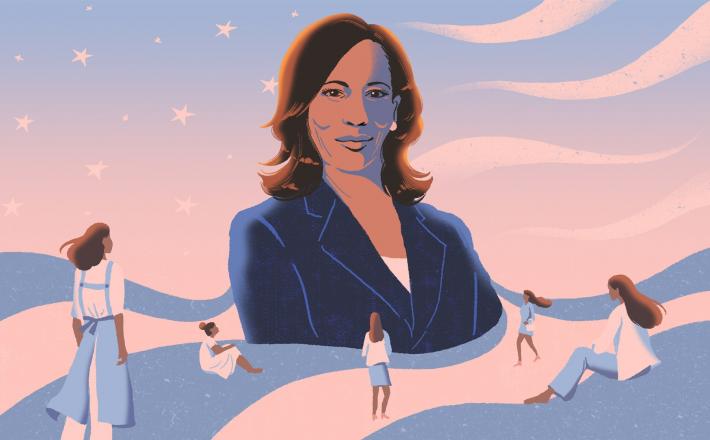 After Joe Biden was projected to have won the presidency Saturday morning, Kamala Harris is set to become the next vice president of the U.S., making her the first Asian American, the first Black person and the first woman to hold the office. For many South Asians across the country, it's a historic win that has the potential to open doors for others like them.

Harris' political journey — she was the first person of Indian origin elected attorney general of California and to the Senate —will have an important impact on all women, particularly South Asian women, said Vanita Gupta, president of the Leadership Conference on Civil and Human Rights, who was head of the Justice Department's Civil Rights Division in the Obama administration.

"It is also an important beginning for my young sons and for children of color across our country, who have a role model in her and are watching the doors of America open wider for them," said Gupta, whose parents immigrated from the Indian state of Uttar Pradesh.

In addition to Harris, Rep. Pramila Jayapal, D-Wash., and Nikki Haley, the Republican former governor of South Carolina and former U.S. ambassador to the United Nations, have also risen to political prominence in recent years.

Click here to read the full article published by NBC News on 9November 2020.