Helen Joan Cox, MP in the UK Parliament, dies at age 41, after suffering an attack in her constituency

Helen Joan Cox, MP in the UK Parliament, dies at age 41, after suffering an attack in her constituency 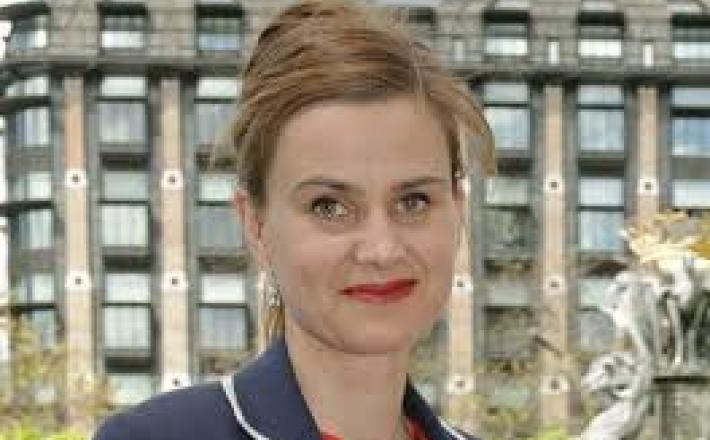 Helen Joan Cox, Labour Party politician and Member of the UK Parliament for the constituency of Batley and Spen, has died after being attacked in her district. Jo Cox was 41 years old when a man shot and stabbed her multiple times after shouting “Britain first”. Cox was having a constituency meeting before the attack took place.

As The Guardian reports, police are understood to be talking to at least one witness who claimed to have heard the attacker shout the words, and the motivation for the incident will form part of their inquiry.

The chief constable of West Yorkshire police, Dee Collins, said there was a large, ongoing police investigation, with heightened visibility patrols in the area. She added that weapons had been retrieved from the scene, including a firearm.

There was police activity in the hours after the attack at a semi-detached house on the Fieldhead estate in Birstall. Thomas Mair, 52, is the registered occupier of the address, according to the electoral roll. Police have not officially confirmed the suspect’s identity.

A cordon surrounded the house as a helicopter circled overheard and forensic officers in boiler suits appeared to be searching the neat front garden, as well as around garages at the back of the well-maintained property.

Sandra Pepera, director of Gender, Women and Democracy at the National Democratic Institute, said that "the murder of Jo Cox is a reminder that an elected leader's life should not be the cost of doing politics. Tragic events like these discourage women and men from coming into politics, but we know they have a particularly deep impact on young women's aspirations".

The dead of Ms. Cox shocked British politics, and all acts of campaigning have been stopped after the attack. Prime Minister and Leader of the Conservatives, David Cameron, wrote in his Twitter account: “The death of Jo Cox is a tragedy. She was a committed and caring MP. My thoughts are with her husband Brendan and her two young children”.

The leader of the Labour party, Jeremy Corbyn, published the following note:

“The whole of the Labour Party and Labour family – and indeed the whole country – will be in shock at the horrific murder of Jo Cox today.

Jo Cox had a lifelong record of public service and a deep commitment to humanity. She worked both for Oxfam and the anti-slavery charity, the Freedom Fund, before she was elected last year as MP for Batley and Spen – where she was born and grew up.

Jo was dedicated to getting us to live up to our promises to support the developing world and strengthen human rights – and she brought those values and principles with her when she became an MP.

Jo Cox died doing her public duty at the heart of our democracy, listening to and representing the people she was elected to serve. It is a profoundly important cause for us all.

Jo was universally liked at Westminster, not just by her Labour colleagues, but across parliament.

In the coming days, there will be questions to answer about how and why she died. But for now all our thoughts are with Jo’s husband Brendan and their two young children. They will grow up without their Mum, but can be immensely proud of what she did, what she achieved and what she stood for.

We send them our deepest condolences. We have lost a much loved colleague, a real talent and a dedicated campaigner for social justice and peace. But they have lost a wife and a mother, and our hearts go out to them”.