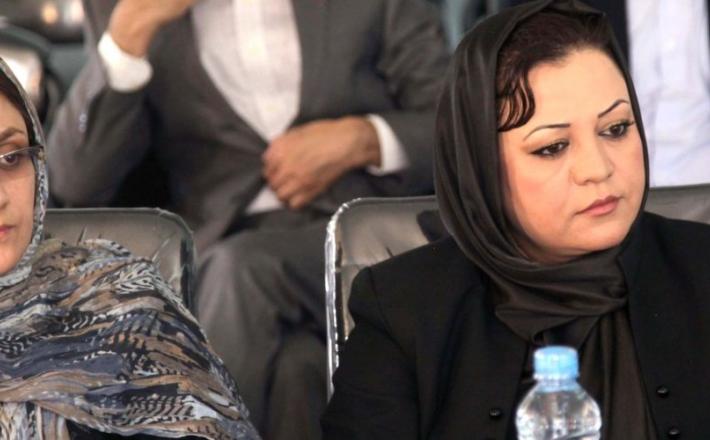 The need for more Afghan women to work in government positions was the key message from those speaking at a UN-backed event in Herat city, the capital of Afghanistan’s third largest province.

“Women’s participation in senior political positions is required in order to bring about positive change and sustainable development,” said Mahboobeh Jamshidi, the head of Herat’s Department of Women’s Affairs.

Although 39 per cent of Herat’s civil servants are women, they mostly hold lower-grade positions. “This needs to change,” said Ms. Jamshidi.

The western province of Herat, a vital trading conduit with neighbouring Iran and Turkmenistan, has an estimated population of nearly 2 million, second only to Kabul province.

Several dozen people -- most of them women -- took part in the daylong event that provided a forum where participants could discuss ways Afghan women could contribute more effectively to good governance at the sub-national level, most notably through greater representation in the province’s government bodies.

While participants identified major challenges facing women in Afghanistan, the discussion by civil society leaders, women’s rights advocates and government officials at the event underscored the importance of women’s participation in politics for the province’s socio-economic development.

Somaia Ramish, a member of Herat’s Provincial Council, said that providing a safe, secure and encouraging atmosphere would support women’s greater participation in public affairs. “The current environment is not conducive for women to participate in political and governance processes,” she said.

Khalil Osman, the head of the Herat regional office of the UN Assistance Mission in Afghanistan (UNAMA) reiterated the mission’s commitment to support of gender mainstreaming and gender equality through UN-sponsored projects and programmes.

UNAMA is mandated to support the Afghan Government and the people of Afghanistan as a political mission that provides good offices; promotes coherent development support by the international community; supports the process of peace and reconciliation; monitors and promotes human rights and the protection of civilians in armed conflict; promotes good governance; and encourages regional cooperation.