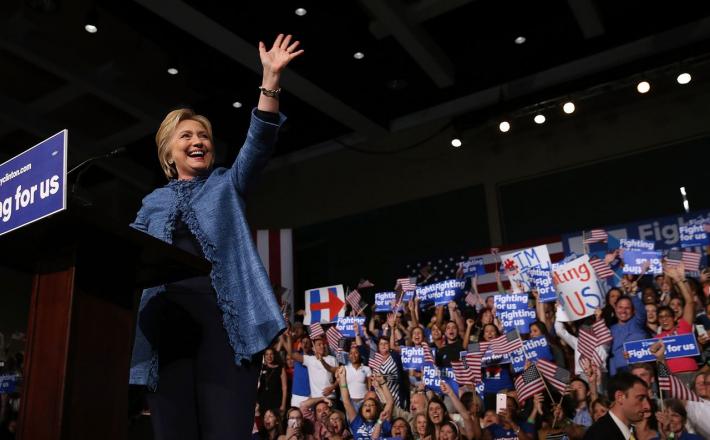 On Monday 6 June 2016, Hillary Rodham Clinton gathered enough delegate commitments to become the presidential nominee of the Democratic Party for this year's US presidential election. Once she crossed the threshold of 2,383 delegates needed in order to be nominated, Ms. Clinton made history by becoming the first female politician to be the presidential nominee of a major political party in the United States. Ms. Clinton’s nomination comes 95 years after the 19th Amendment guaranteeing women their right to vote, and which constitutes a major achievement for women’s political empowerment and influence in the public sphere.

Despite the math that gives Ms. Clinton a clear victory among delegates, her rival for the Democratic nomination, Senator Bernie Sanders, declared on Wednesday that “We will continue to fight for every vote and every delegate we can get”, according to The New York Times. Meanwhile, Mr. Donald Trump, the Republican Party nominee, announced a speech scheduled for next Monday focused on Ms. Clinton, after declaring to Fox News: “I was the one that really broke the glass ceiling on behalf of women more than anybody in the construction industry”.

Many analysts have highlighted the relevance for women’s political empowerment of Ms. Clinton nomination, as she is now a role model for women and girls aiming to build a career in politics. As CNN put it, she is breaking the ultimate glass ceiling.