Historic leap in Tunisia: Women make up 47 per cent of local government

Historic leap in Tunisia: Women make up 47 per cent of local government 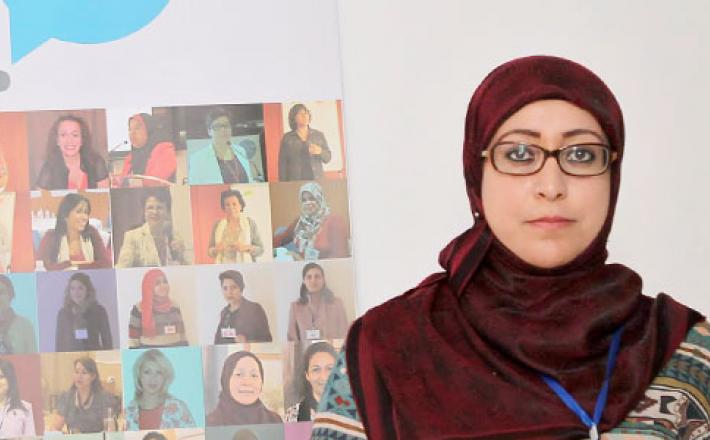 Seven years after the 2011 Revolution and four years after the adoption of the Constitution, women now make up 47 per cent of the local council positions in Tunisia following the May 2018 elections. The dramatic increase in women members is the result of a 2016 electoral law that includes the principles of parity and alternation between men and women on candidate lists for all elections.

In May, Ichrak Rhouma was elected to the Sidi Hassine Council in Tunis, the capital city. Prior to being elected, Rhouma participated in the Women’s Political Academy, a joint project by UN Women and the Tunisian women’s rights organization, Aswat Nissa (Women’s Voices). The Academy trained women candidates on local governance, missions and roles of municipal councils, as well as media relations. Rhouma says that the Women’s Political Academy “allowed us to deepen our knowledge on women's rights in general, but also to learn new concepts such as gender-sensitive budgeting.”

In addition to the Academy, the project has conducted research on women’s expectations of municipal council’s activities in five regions across the country. The study’s results informed candidates’ electoral campaigns and shaped regional development planning.

Prior to the 2018 elections in Tunisia, UN Women and its civil society partners conducted capacity building sessions and supported the updating of the gender-sensitive election observation manual. UN Women also provided capacity building to 75 election observers who were trained on the importance of women’s participation in elections and how to observe gender-related issues during the voting stages.

UN Women also supported the Tunisian League of Women Voters (LET) to run awareness-raising campaigns to increase voter participation, especially in the regions of Sousse, Bizerte and Nabeul, which had registered the lowest rates in 2012 elections.

“The objective was to invigorate a participatory democracy and political culture within women and youth. Our awareness campaigns trained and engaged young men and women who went door to door explaining the importance of women’s participation in the political scene,” explains Nejma Ben Kheher, Project Officer at LET.

Khedher added, “Now that we have this high number of elected women in local and regional councils, we hope to continue supporting them with targeted training, such as access to information or gender-responsive budgeting to help them succeed in their mission.”

Tunisia is one of the few countries in the world to establish the principle and practice of equal representation of men and women across candidate lists (horizontal parity – where women should head 50 per cent of candidate lists), as well as down the candidate lists (vertical parity – alternating men and women through the list), in its electoral law. While gender parity has been achieved regarding the municipal lists, according to the High Authority for Independent Elections, more work is needed to support horizontal parity, since women only made up 29.6 per cent of positions at the head of party lists.

Tunisia will hold its parliamentary and presidential elections in 2019.